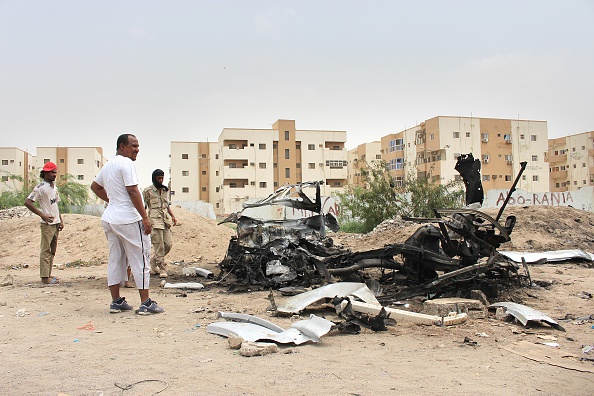 Suicide attackers set off car bombs at two military checkpoints outside the government-held port city of Mukalla in Yemen, killing no fwer than ten soldiers, security sources and medics said on Monday.

However, no one immediately claimed responsibility for the attacks near the capital of eastern Hadramout province on the Gulf of Aden.

Meanwhile, the attacks were the latest in a series of bombings since forces loyal to Yemeni President Abd-Rabbu Mansour Hadi, backed by UAE troops and drove out al Qaeda militants there in April.

Security sources said one of the attacks hit the al-Burum area, South-West of the city, while another struck the al-Ghaber district to the west.

Medics added that no fewer than 15 people were wounded in the blasts, five of them seriously.

Islamist militants from al Qaeda and its rival IS have been building up their presence in the impoverished country, taking advantage of the chaos around Yemen’s civil war that began in 2014.

Al Qaeda’s Yemen branch had built up a mini-state centred on Mukalla.

It has planned several foiled bombing attempts on Western-bound airlines and claimed credit for the 2015 attack at the Charlie Hebdo magazine’s offices in Paris.