Don Jazzy has a Welcome Back Home Name for Jidenna and Banky W has Approved it!

As always, Supreme Mavin Dynasty Boss Don Jazzy has a way of making us laugh on social media!

Don Jazzy tweeted that Jidenna is now a part of Afrobeats gang; christening him #YankyBanky – the American version of American returnee Banky W who fused afrobeats with R & B when he made his debut in the Nigerian industry in 2008 with Ebute Metta. 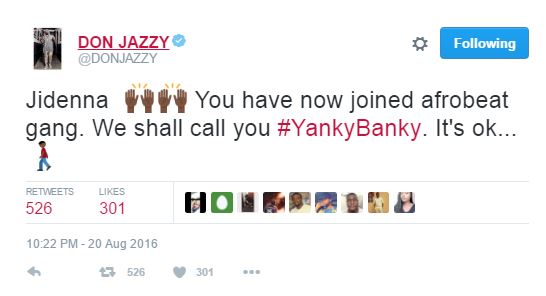 Banky W and Jidenna then tweeted their agreement for the new name. 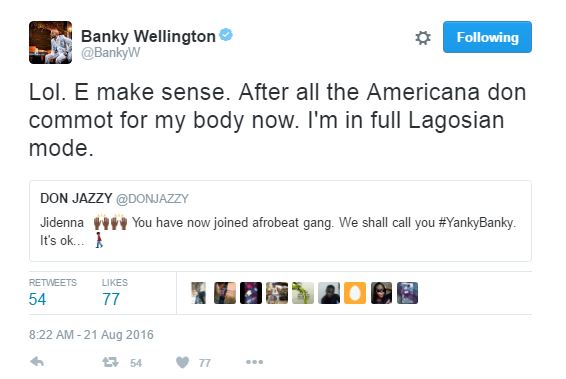 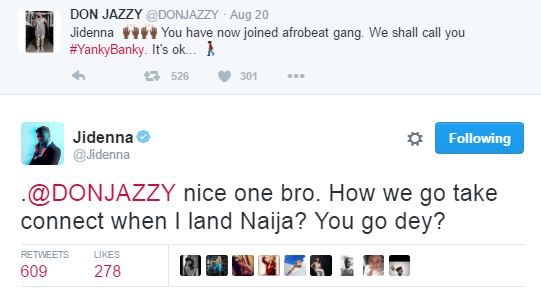 Jidenna is set to arrive in Nigeria in early September for his homecoming Africa tour.

Hopefully, there will be some major collaborations during his visit.