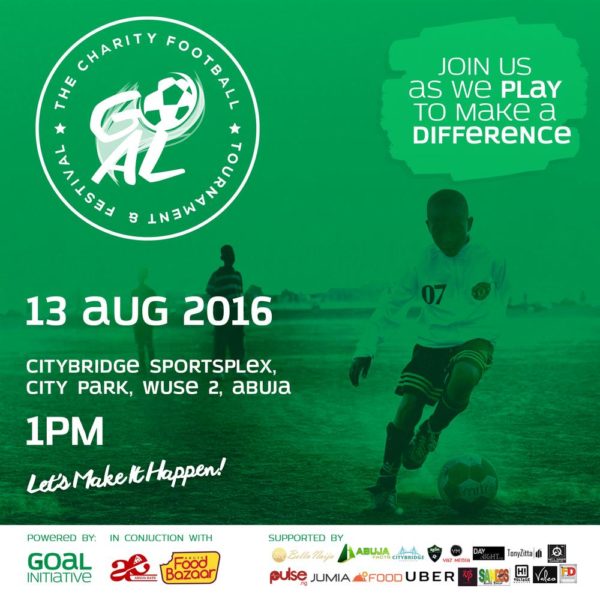 “All is now set for the Goal ’16 Charity football fiesta billed for August 13th, 2016 at the Citybridge Sportsplex, City Park, Wuse II, Abuja.

Goal’16 is a charity football tournament, as well as a fiesta initiated to emphasize the need for assimilation of the less privileged into the society, the event is an embodiment of ‘The GOAL Initiative’, which was birthed to support less privileged children and promote the development of the ability of the youths in Nigeria.

This year’s event will be the 3rd edition following two successful editions involving a large gathering of the percentage of the youthful population of Nigeria that inhabits the federal capital territory, Abuja.

Goal’16 has been reinstated to express the full idea behind the Goal initiative; as such, it will feature series of activities that connotes ‘Togetherness’, which will involve children from four orphanages in Abuja, as well as the whole society. 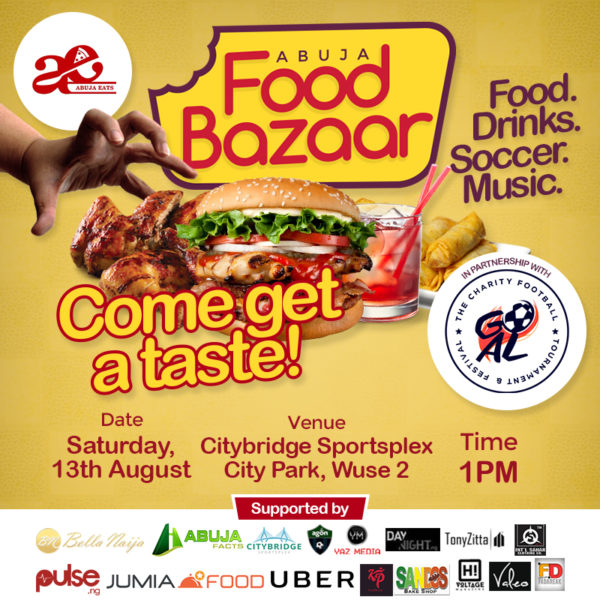 The event is to feature soccer matches, between teams from the respective orphanages and a series of novelty football match, as well as Abuja Food Bazaar powered by Abuja eats. There will also be many side attractions for the spectators to indulge. It promises to be a fun-filled event as well as an impactful one.