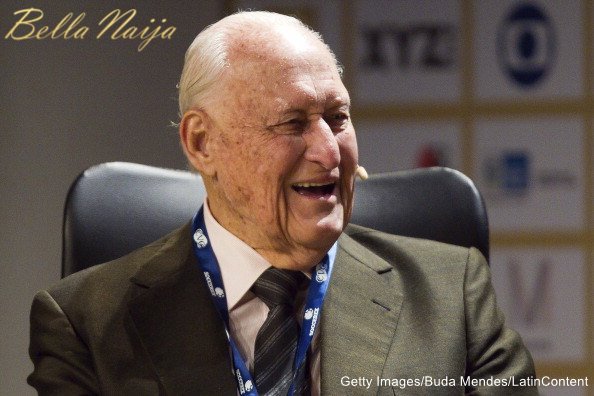 The hospital spokeswoman said on Tuesday in Rio de Janeiro, that the 100 year old Havelange, had been admitted last month to the Samaritano hospital in the Botofoga district of the city for treatment for pneumonia.

Havelange was president of FIFA from 1974 to 1998 during which he was one of the most influential figures in international sports.

He was a former Olympic swimmer and water polo player who was president of the Brazilian Sports Confederation during the most successful periods of the country’s football.

The former FIFA boss was also a member of the International Olympic Committee (IOC ) for more than four decades.

Havelange was the subject of corruption investigations and it was alleged by Swiss prosecutors in July 2012 that he and his son-in-law Ricardo Teixeira took tens of millions of dollars in bribes in connection with the award of World Cup marketing rights.

Related Topics:Joao Havelange
Up Next

Coming to a City Near You! Kinabuti Launches Dare2Dream Season 3 with Adenike Ogunlesi, Diran Olojo, Maje Ayida, Falana and More

What Do You Think About British-Nigerian Footballer Dele Alli Changing the name on his Jersey from “Alli” to “Dele” because he  Feels no Connection to Surname?