Her Most In-depth Interview Ever! Elle.com's Lola Ogunnaike Speaks to Blac Chyna 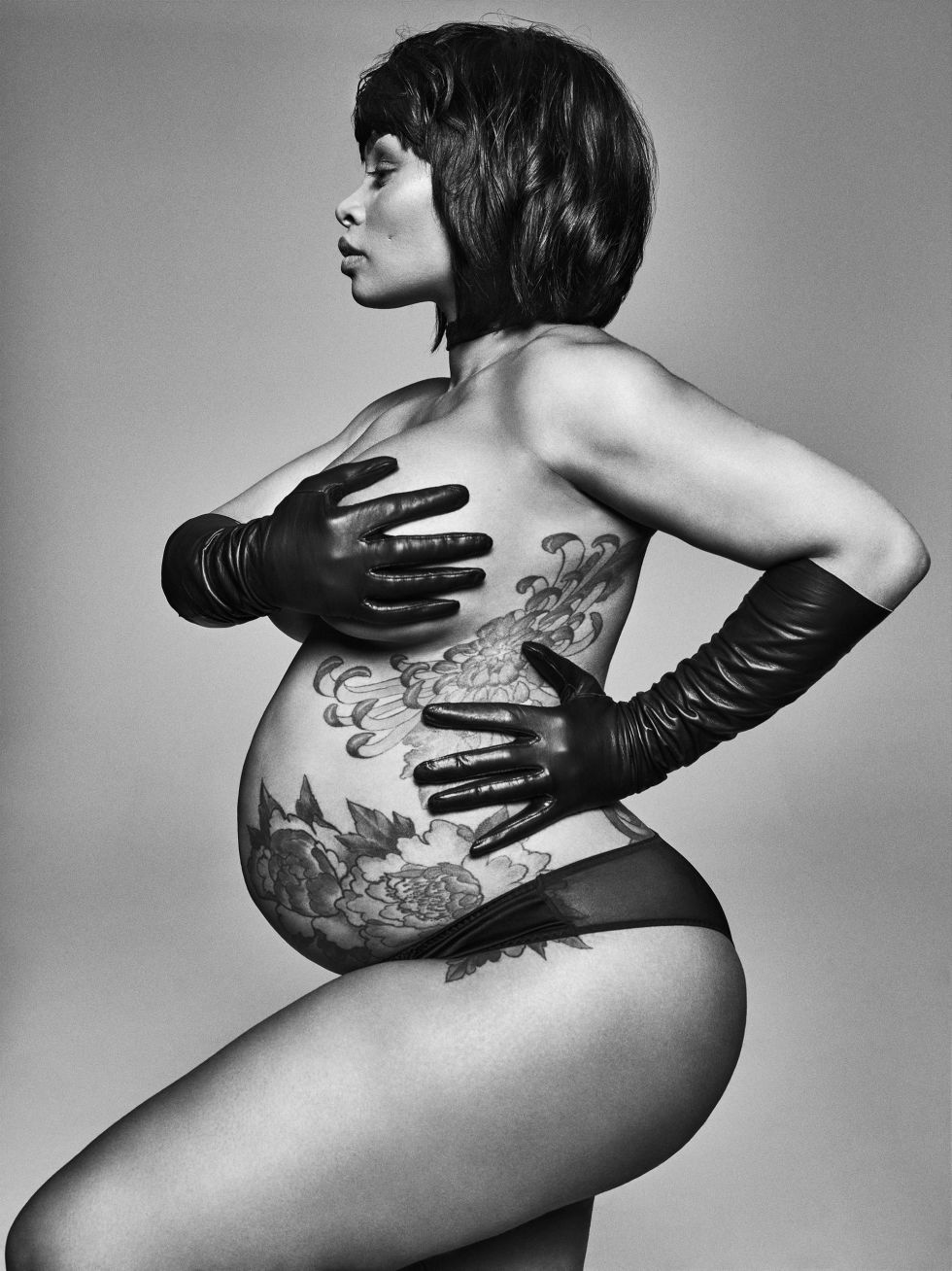 In her most in-depth interview yet, stripper-turned-mogul-turned-reality star, Blac Chyna speaks to Elle.com’s Editor Lola Ogunnaike.

Blac Chyna opens up about mending fences with the Kardashians, her relationship with Rob Kardashian, and what she’s definitely not going to name her baby. 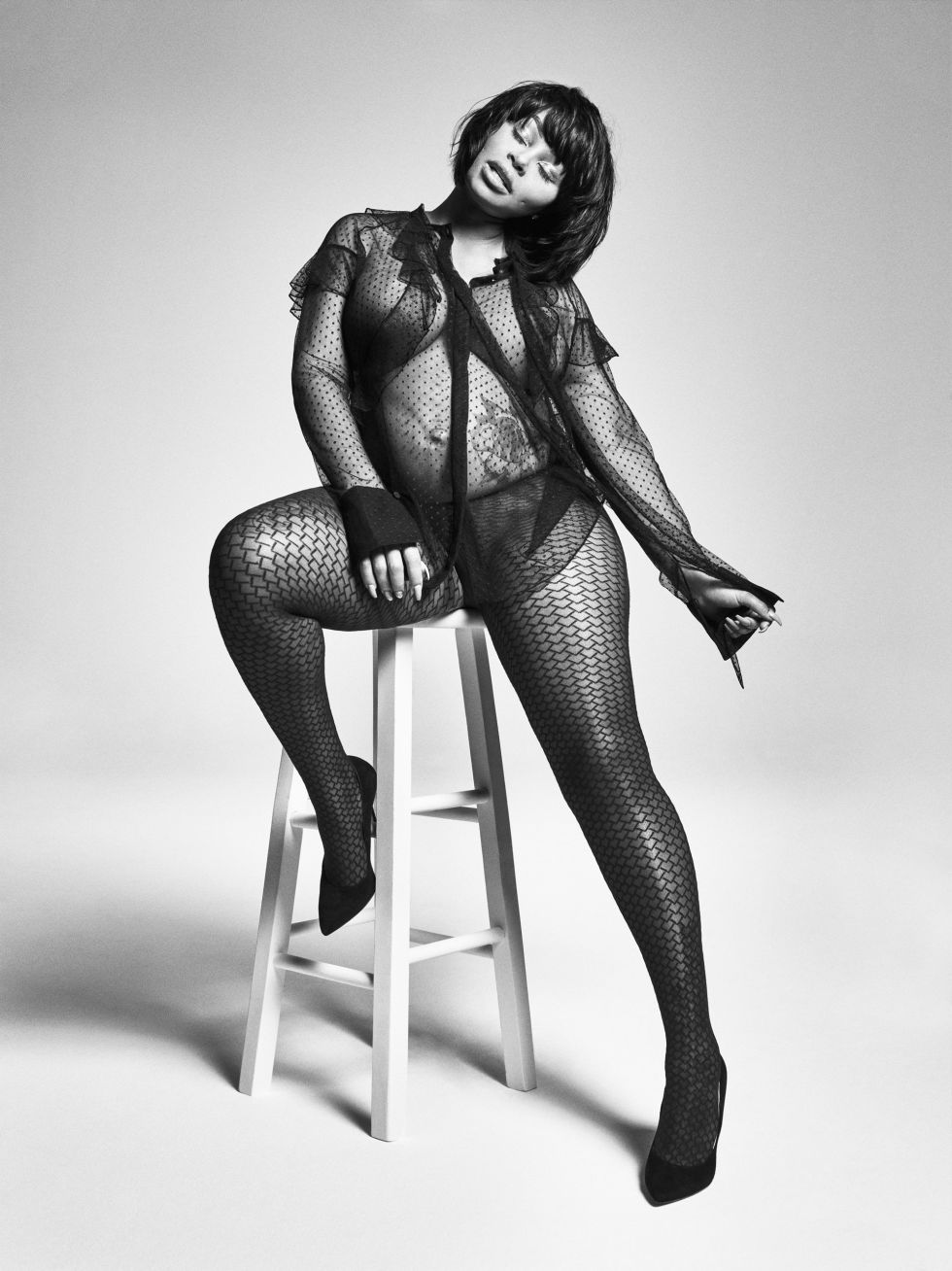 Here’s an excerpt of her interview with Lola:

On being on her grind since she was a child:
“I always liked having my own money and buying my own stuff, I didn’t want to depend on somebody to do it for me.” When she was 15, she landed her first job at a local McDonald’s Management put her on the cash register immediately. “Normally you start on fries or burgers, but I was never back there, I guess it was because of my personality.”

On dropping out of school to face stripping full-time:
I was falling asleep all the time in class, It wasn’t working out for me.” She eventually dropped out of college, committing herself to stripping and modeling full-time and her mother Tokyo Toni, was fine with her decision. “My mom used to be a stripper, so she was like, if this is what you want to do, be the best at it.

On meeting her ex-boyfriend Tyga:
“He wanted me to go on tour with him and Chris Brown. I’m like ‘No, I’m not going on tour.’ I don’t know what type of game you think this is.” Chyna finally gave Tyga a chance after he cast her as his love interest in his video for “Rack City”. 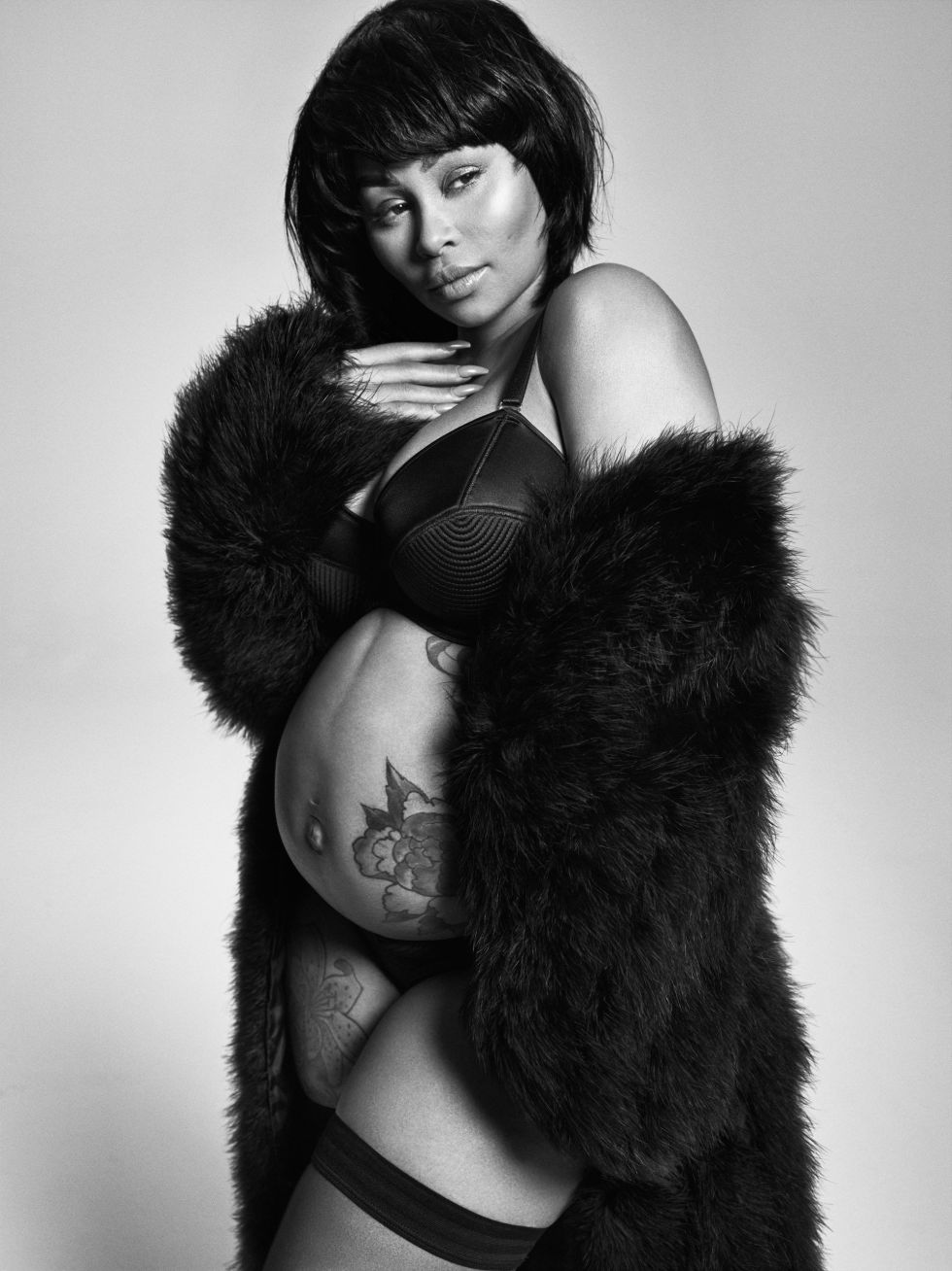 On how she felt when Tyga started dating Kylie:
When you don’t want to be in a relationship with somebody anymore, you don’t give a f**k what they’re doing. I was just like, ‘thank God I’m out of that situation.’ And honestly, it was the best thing that I could’ve done, because my life has changed so much for the better.”

On Meeting Rob Kardashian:
When I linked up with Rob, he was at a point where nobody could really help him but I’m the type of person that likes to motivate my friends and help them figure out how they can do better. That’s how we really started off.

On how their relationship has worked over time:
When I’m around Rob, I’m never all up in his business, asking questions. I let him be himself and relax. I’m not a therapist. If he opens up, and I say the wrong thing, he may shut me out. Sometimes it’s just best to let people talk about it and get it off their chest. That’s how I’ve been carrying the situation with me and Rob, and so far it’s worked out. 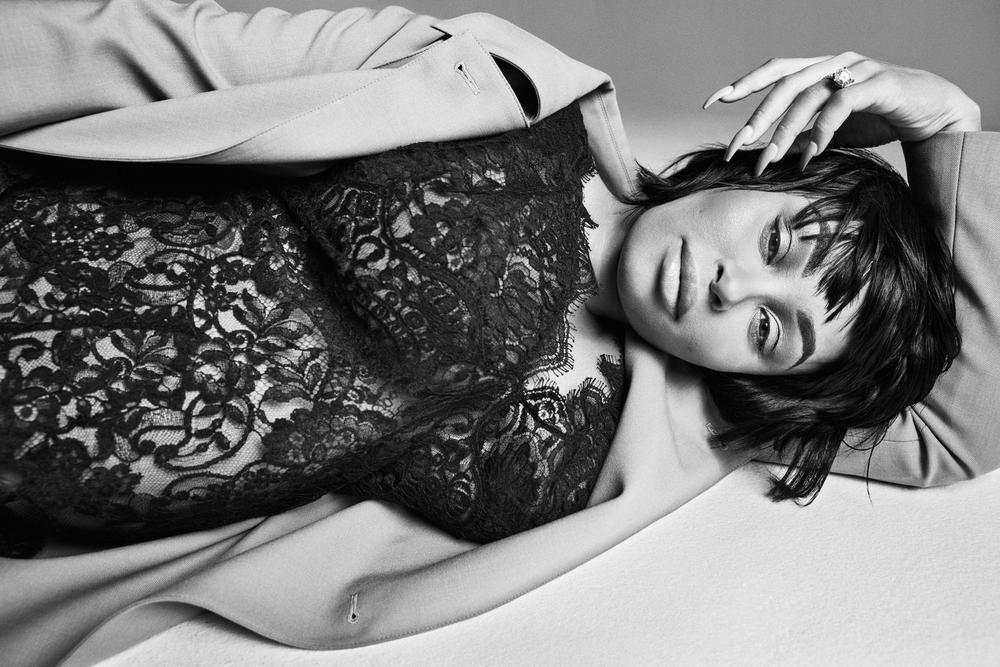 On how the idea for their reality show came up:
Doing a show allows us to get our side of the story out to the world. Most of the time when you’re around the opposite sex, you kinda have to put on a show and not completely be yourself. Around Rob, I’m always able to speak my mind and speak freely and not care. I can do the craziest stuff or say the craziest stuff, and he doesn’t judge me. Like if my stomach hurts, I don’t have to pretend. I can go straight to the bathroom. It’s those little things that really make a big difference. I wanted to show people my personality, that I’m not just a pretty face or what some people paint me out to be: this bad person, this stripper ho. I want them to see me as a mom, a business-woman, a growing being.

On her fiancé appreciating her entrepreneurial spirit:
He likes my work ethic, how I’m a hustler. I don’t care if it’s one dollar or a thousand dollars, I’m going to go out and get it. 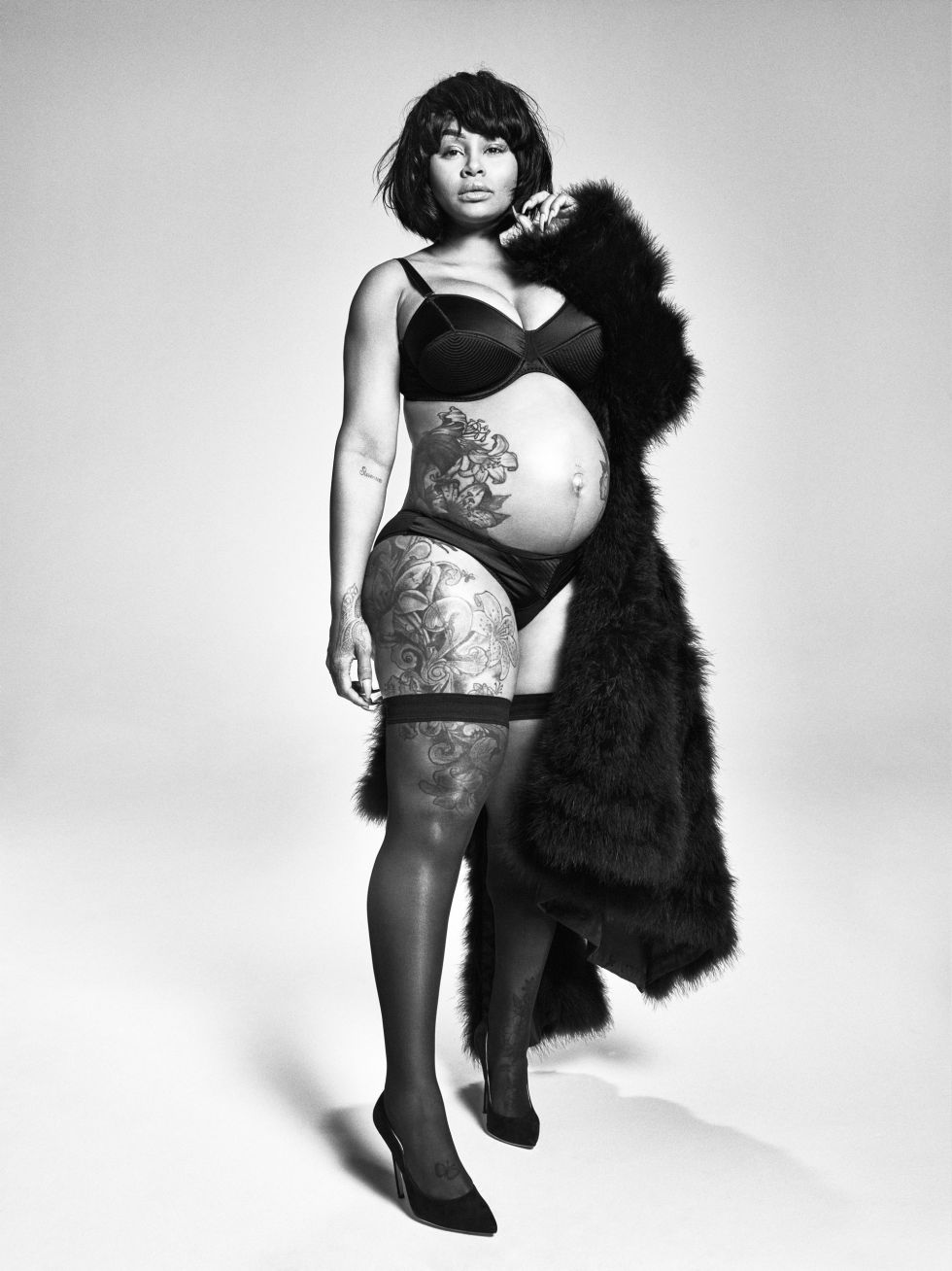 On counting on a certain level of support from the family:
We all have a really good relationship right now. Everybody is talking. Everything is good.

On if her baby will have a “K” moniker like all of his (or her) famous aunties:
No, The baby won’t have a K name. We both agreed.”

On what comes next for her:
Once I have this baby, I will figure out what’s next. I’m not focusing on anything else right now.

Chris Brown Released on $250,000 Bail Hours After Arrest | Lawyer says “the allegations against him are demonstrably false”

#FitnessGoals: Teyana Taylor just dances and eats whatever to Maintain her ‘Fade’ Body!