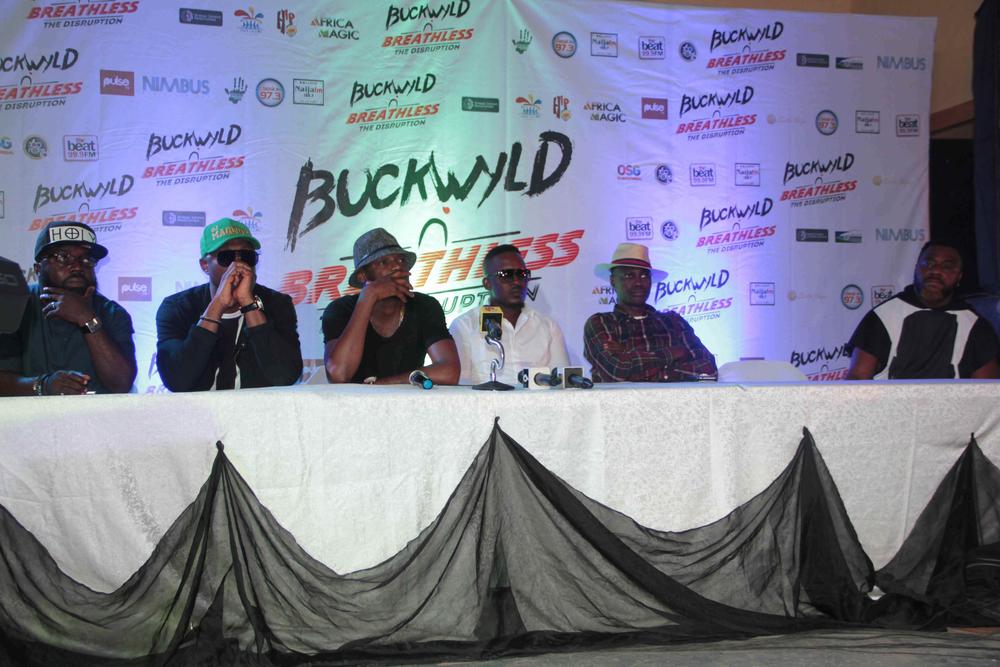 As plans unfold to showcase a concert like never seen before in the history of Nigeria, the Buckwyld ‘n’ Breathless: The Disruption concert organizers hosted journalists to an intimate media parley yesterday, Wednesday, August 17th 2016.

The CEO of Buckwyld ‘n’ Breathless Media Network, Efe Omorogbe spoke to journalists present at the parley on the concert concept, strategies, as well as unveiled other headliners set to perform at the concert.

He reiterated that the concert will be nothing short of extraordinary, a fusion of what he describes as “Power of Music put together by the greatest acts to come out of Nigeria”.

The Dream team also emphasized that this concert will not be a musical concert like expected but a concert that collaborates theatrical performance, dance and music, telling the legendary tale of Nigeria’s world class talents- 2Baba and MI Abaga who have collaborated on major hits songs and have journeyed to fame by shear hard work and raw talent.

They ensured that the concept of Disruption revolves around the delivery of more when it comes to the standard of concerts in Nigeria and to prove that concerts from Nigeria can scratch beyond the surface. The concert promises to be a concert in both word and act as the headliners will be in harmony and will deliver world class performances.

Notable industry top shots were present at the media parley. Some of the celebrities present at the event include Sound Sultan, Vector, Kelly Handsome, Cohbams Asuquo, Djinee and of course the major headliners, 2Baba and MI Abaga.

The organizers unveiled Vanessa Mdee, Waje, Jesse Jagz, Nosa, Ice Prince, Sound Sultan, Vector and Cohbams Asuquo as headliners of the concert with Andre Blaze as the host accompanied by Emma Ugolee and a special celebrity guest who is yet to be unveiled as co hosts of the concert.

Tickets available for purchase online on www.netshop.ng and offline purchase at all Ariiya Tickets partner outlets, Ebeano supermarkets and Slot outlets. Tickets for the event cost N5,000 for Regular and N30,000 for VIP. To create a unique experience for the audience,there will be no table tickets for sale or barricaded areas at the concert.