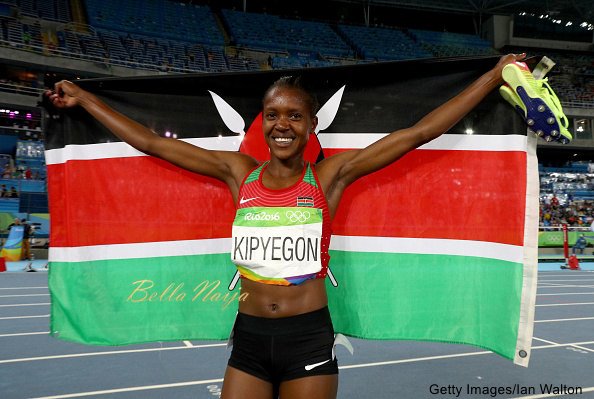 RIO DE JANEIRO, BRAZIL – AUGUST 16: Faith Chepngetich Kipyegon of Kenya celebrates with the flag of Kenya after winning the gold medal in the Women’s 1500m Final on Day 11 of the Rio 2016 Olympic Games at the Olympic Stadium on August 16, 2016 in Rio de Janeiro, Brazil.

Kenya’s Faith Kipyegon, 22, has won a gold medal for her country after coming first in the women’s 1,500m race.

She completed the race in 4:8.92secs to defeat world record holder, Genzebe Dibaba of Ethiopia.

“It was an amazing race. I needed to focus for the middle because I knew Genzebe (Dibaba) is so fast and I really had to kick on the last lap,” Kipyegon said after the race.

Why we Sealed Off PDP Convention Venue – Police | Watch