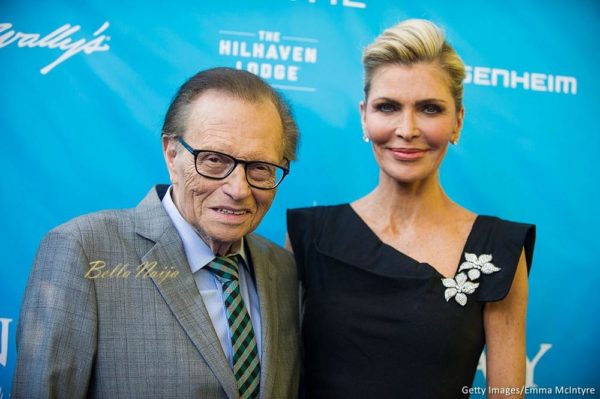 Talk show host Larry King and his wife, Shawn King, have broken the silence about reports of infidelity in their 19-year marriage.

The 82-year old veteran and his 56-year old actress wife were plagued with rumours of Shawn’s infidelity for a year of romance with British public speaker Richard Greene.

While not explicitly denying the rumours, the two of them stated that “Rumors are what they are – they’re rumors”. The couple, who wed in 1997 and share two sons together, were all smiles for the interview, which was filmed in a bedroom at their home.

Larry King said, “[It’s] an interesting word, ‘rumor.’ You know, I’m been in the business – next May’ll be 60 years – and I’ve dealt with rumors a long time, interviewed people involved with rumors. Rumors are what they are – they’re rumors. And I tell you the truth: I don’t pay any attention to them.”

Shawn also added “Last week there was a rumor going around about Larry and a speech he made in Kiev, and there was all this [speculation] about that. This week I’m latest the pin-up girl. You have to just develop a shell around yourself and not get hard on the inside and stick together. We’ve been at it for a while.”

The Journey to ‘I Am’ with Tolu Falode: Divorce Was Her Only Option

The Elastic Heart Series with Atoke: Part V – I Have to Let You Go