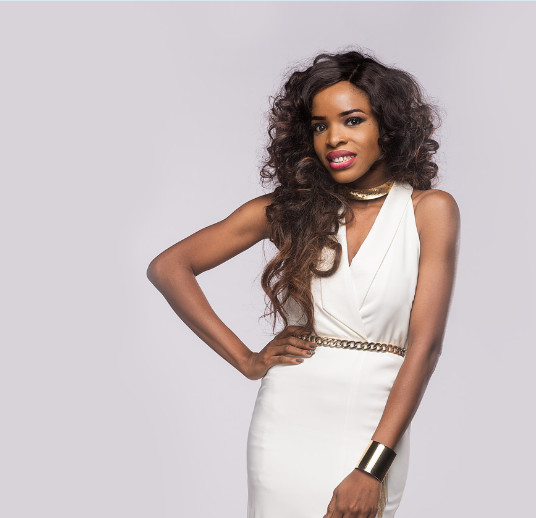 Season 9 of MTN Project Fame West Africa has come to an end and it was Okiemute that took the enviable first prize.

For the closing gala, Okiemute performed Phyno‘s hit song “Fada Fada”. She claimed the N5m prize, an SUV, and a recording contract worth millions of Naira.

The glorious winning moment for the new MTN Project Fame champion. Say hello to the winner of Season 9, Okiemute. She performed an amazing version of Phyno and Olamide’s “Fada Fada” and killed it! #MTNProjectFameClosingGala

The first runner up was Elizabeth, who performed Tiwa Savage‘s “Standing Ovation”. She got N3m and a saloon car.

The second runner up was Kitay, who performed Kiss Daniels‘ “Mama”. Kitay got N2m and a saloon car.

Another one of the Super Six, Kitey, performing Kiss Daniel’s “Mama” #MTNProjectFameClosingGala

Pere who sang Sam Smith‘s “Writing on the Wall” came fourth and went home with N2m.

Père opened the night with Sam Smith’s “Writing On The Wall”. Amazing #MTNProjectFameClosingGala

The fifth position went to Dapo, who sang Labrinth‘s “Jealous”. He went home with N1m.

There were performances by YBNL toaster, Adekunle Gold, and dance instructor Loveth.

Who run the world? We loved this amazing performance by dance coach Loveth. #MTNProjectFameClosingGala