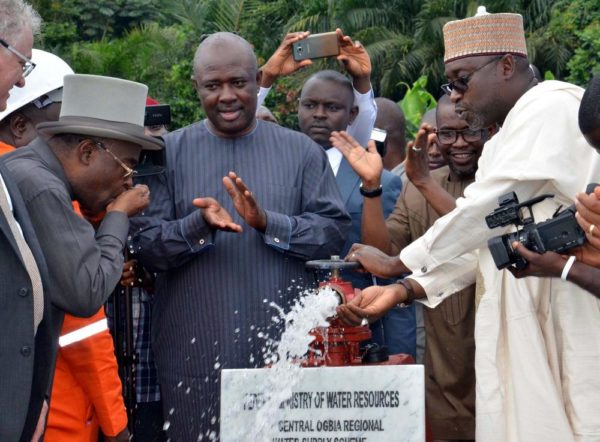 PIC.42. MINISTER OF WATER RESOURCES, MR SULEIMAN ADAMU (R) INAGURATING THE CENTRAL OGBIA REGIONAL WATER SUPPLY PROJECT IN OTUOKE, BAYELSA, ON THURSDAY (8/9/16). WITH HIM ARE: MINISTER OF STATE FOR AGRICULTURE AND RURAL DEVELOPMENT, SEN. HEINEKEN LOKPOBILI (M) AND REPRESENTATIVE OF THE GOVERNOR OF BAYELSA, SERINA-DOUKUBO ADASPIFF.

The Minister of Water Resources, Suleiman Adamu, who inaugurated the project, said 13 communities, including Otuoke, would benefit from it.

According to him, the Federal Government is committed to complete all abandoned water projects to improve livelihood.

Adamu said adequate water supply for human and livestock production was a crucial aspect of social and economic development.

He said the recently launched road-map on water resources underscore the need for short and long term strategies for effective and efficient delivery of water to the people.

“The project we are inaugurating today is among the high priority projects for water supply. This project commissioning, therefore, further demonstrates that the Buhari administration is committed to completing all viable projects that have positive impact on the lives of our people without any political sentiments,” the minister said.

He called on the host communities to take ownership of the water project by maintaining it for improvement of livelihood and reducing water borne diseases.

The Secretary to Bayelsa State Government, Serena Dokubo, commended the Federal Government for the project, saying such project was needed in other communities.

Dokubo said the state would continue to embark on project that would impact on the lives of the people.

Speaking at the occasion, Senator Ben Murray-Bruce (Bayelsa East), noted that lives were saved every time a water project was inaugurated.

“A lot of children die from consumption of unclean water, a lot fall sick, you have to spend more to take them to the hospital to get cured,” Murray-Bruce said.

The News Agency of Nigeria (NAN) reports that about 130,000 people were expected to benefit from the N5.9bn project. 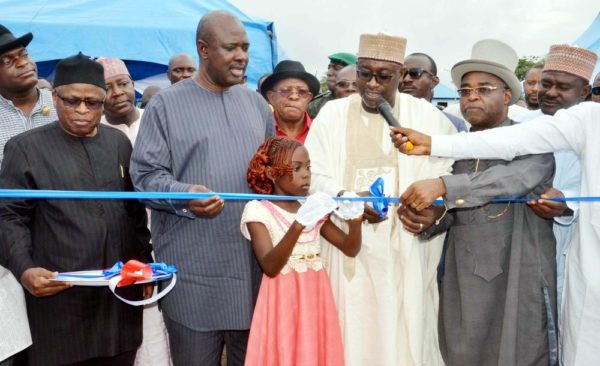 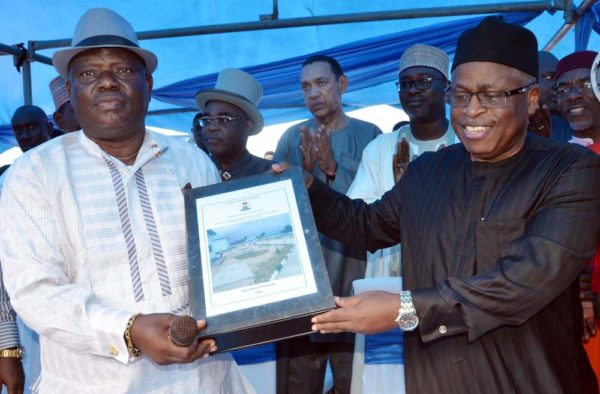 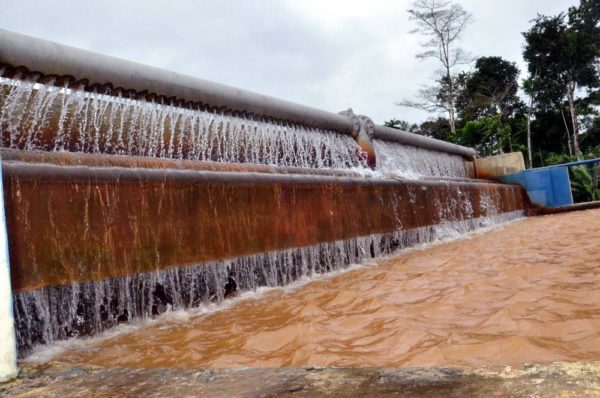 PIC.41. A SECTION OF THE WATER TREATMENT PLANT WHICH IS PART OF THE CENTRAL OGBIA REGIONAL WATER SUPPLY PROJECT INAGURATED BY THE MINISTER OF WATER RESOURCES, MR SULEIMAN ADAMU IN OTUOKE, BAYELSA, ON THURSDAY (8/9/16). ABOUT 130,000 PEOPLE FROM 13 COMMUNITIES ARE EXPECTED TO BENEFIT FROM THE N5.9BILLION WATER PROJECT.
8/9/2016/JAU/BJO/NAN 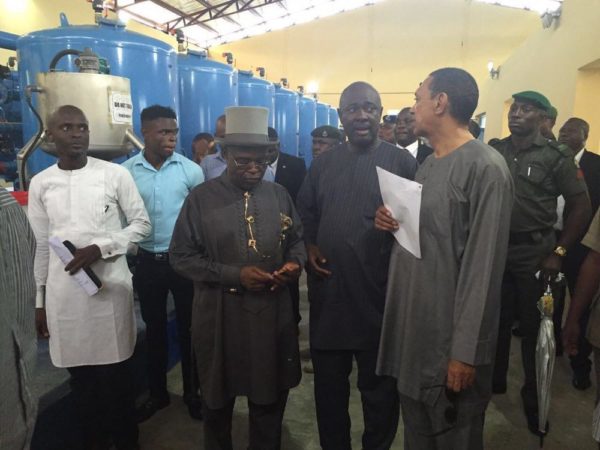