"I do not Trust Mr. Putin and Mr. Trump": Nigerian-American Doctor Bennet Omalu Alleges Hillary Clinton May Have Been Poisoned 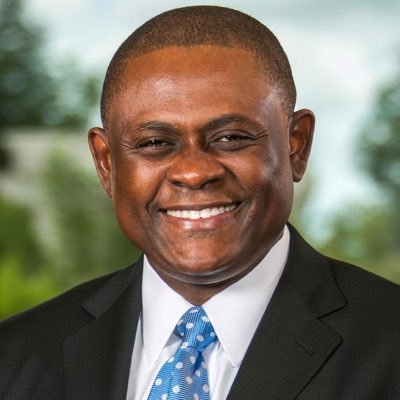 Bennet Omalu, the Nigerian Doctor who discovered Chronic Traumatic Encephalopathy in the brains of deceased NFL Players, has suggested that the Hillary Clinton Campaign check her blood for possible poisons –  following her collapse on Sunday in New York.

He made the following statement via his Twitter handle – @bennetomalu9168 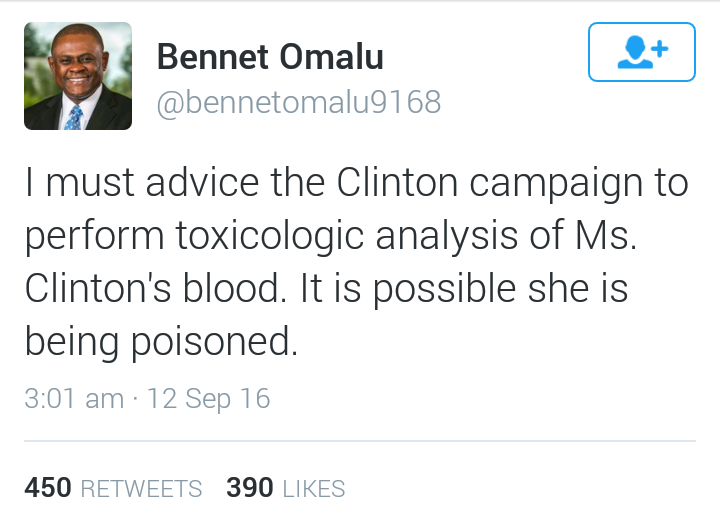 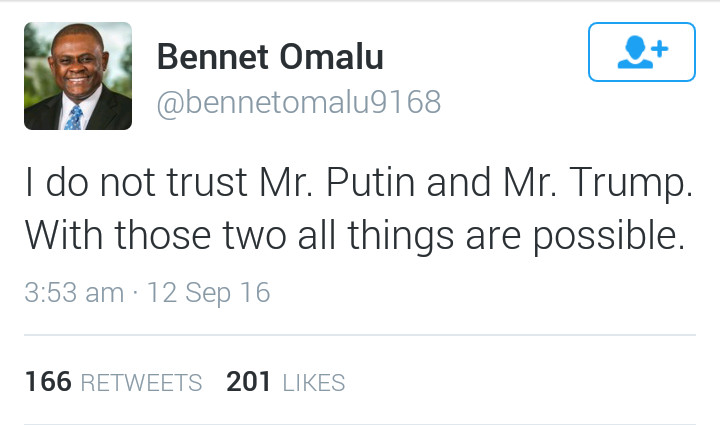 Clinton had earlier been diagnosed with Pneumonia and is being treated.

#TIFF16: Omoni Oboli’s Stunning Look for the Premiere of her Movie “Okafor’s Law”