Sony Music Entertainment, the second largest record company in the world, has shown a sudden interest in West Africa. The reason is not far-fetched considering West Africa’s rapid growth in the entertainment industry.

It has always been the nest for innovative music especially with names like Fela Kuti, Baaba Maal, and Nneka pushing it into the spotlight, thus gaining global recognition.

He says “We’ve gone from a loss-making start-up to a break even type business, and now we’re working towards the real growth that we’re looking for. It’s only with this growth that we can reinvest back into the market”

On Progress and Partners: “I’m trying to start building a local business before I start building a team”, Ugwu says, as  Sony Music West Africa is technically a one-man team. He has made substantial progress with officials, firstly by signing deals with telcos through which they can now distribute ringtones with South Africa’s giant (MTN), and market its content to the telco’s 60 million plus subscribers. Sony Music West Africa also distributes to Airtel, a global telco that operates in 18 countries across South Asia, Africa and Channel Islands. As for Music Platforms, Ugwu has clinched contracts with iTunes and VEVO. 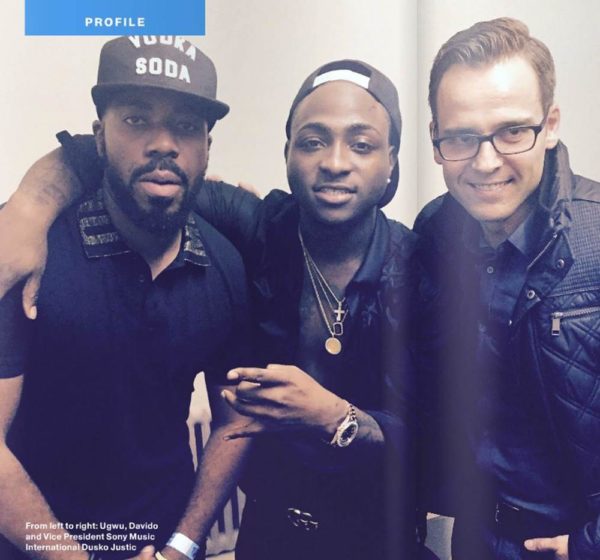 On Social Impact: When asked why he centers mostly on local artists like Wizkid as opposed to the likes of Beyonce, Usher e.t.c, he responded. He says “We wanna be in a situation where we’re actually taking talent from Africa, actually trying to create a global contemporary Afropop Superstar. I think we’re at that age where we have that possibility”. He also believes he has a wider social responsibility because of his combined identity as a Nigerian and Sony Music Manager.

Challenges and Future: Speaking on the challenges, behemoth Apple Music is live in the West African Market but collaborations with Sony Music have been hindered. Furthermore, Apple requires users to register with a bank card and as Michael Ugwu points out, not everyone in West Africa has a bank card. He says “We’re discussing with Apple and we hope that at some point they can come closer to the market with regards to payment. That would allow us to grow their services”, he said as he also talked about piracy and how Sony is working with the right bodies in the industry.

Moving forward, despite the challenges faced, Ugwu remains positive about the future of Sony Music West Africa. He says “We’ve been pretty aggressive, we’ve been spending money in the market and that can only grow” He also said, “It sounds a bit cliché or ambitious but music actually has that power within the local context of things.”

As cliché as that sounds, we have no doubt that Michael Ugwu and Sony Music West Africa are pushing and supporting Africa’s sound on a global scale.

Bank of Industry launches ‘The Graduate Entrepreneurship Fund’ for Young Entrepreneurs, Graduates & NYSC Students | Find out how to Apply