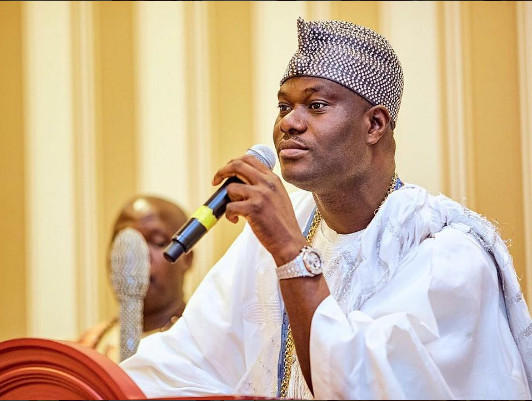 The Ooni of Ife, Oba Adeyeye Ogunwusi Ojaja II, has cautioned people against misrepresenting the importance of festivals and deities celebrated in the ancient city of Ile-Ife and all parts of Africa.

Ooni stated this when he spoke at the 2016 celebration of Oranfe, the god of fire in Ile-Ife, Osun State, on Wednesday.

He expressed regrets that many people failed to promote the positive aspects of the Yoruba and African festivals due to slavish mentality and over-westernization.

The royal father said that no one was immune from worshipping the nature, adding that no human being could survive without what the deities represented.‎

I am not saying the commandments of God should not be adhered to, but we must know that all these deities are messengers of God.

They represent nature. Nothing can be done without nature regardless of our religion be it Islam or Christianity or even traditional.

We only honour nature because we are all integral part of it and do not worship idols. Some of the deities we worship have roots in the holy books.

We are also following the instructions of God needed for the sustenance of mankind as everybody, including powerful leaders rely on nature to survive,” he said.

He, however faulted the westernisation on the cultural belief of Africans in all parts of the world, which he said, was a major factor responsible for the increasing poverty facing the immeasurably blessed continent.

“Those who keep sensitising people against us that we are worshipping idols are not kind to history. I am proud to be associated with nature. Ife has 201 out the 401 deities and they are all relevant.‎

These deities are divine messengers of God sent for different purposes. One of them is Oranfe, the god of fire being celebrated here today.

It is a pity that all powers in the possession of black men are being used for battles and power tussles. It is from these unique powers that the west sourced technology and development from, and they are now using it against us.

We will continue to experience poverty all over the place if we don’t celebrate the good side of our culture.

Some of these deities also show the mysteries of God. God wouldn’t have made mistake in the creation of the deities, they are representatives of sciences being taught in schools.

It is very sad that the western world has messed up our psyche and inflicted slavish mentality on us making us to believe we are idol worshippers as our pitiable neglect of our own culture and traditions.

This is a major factor responsible for the poverty in the land. We left the positive sides and allow the west to implant the negative side in our brain,” the monarch added.

The Ooni wrapped up his food-for-thought speech by warning politicians not to force themselves on the masses, advising that “our politicians should learn to leave once they are seen as naked fires”.
‎
Oranfe the god of fire is one of Yoruba’s 401 deities sent by God to establish the first world’s community called Ife Oodaye, and as one of the historical festivals in Ile-Ife, Oranfe is celebrated annually.