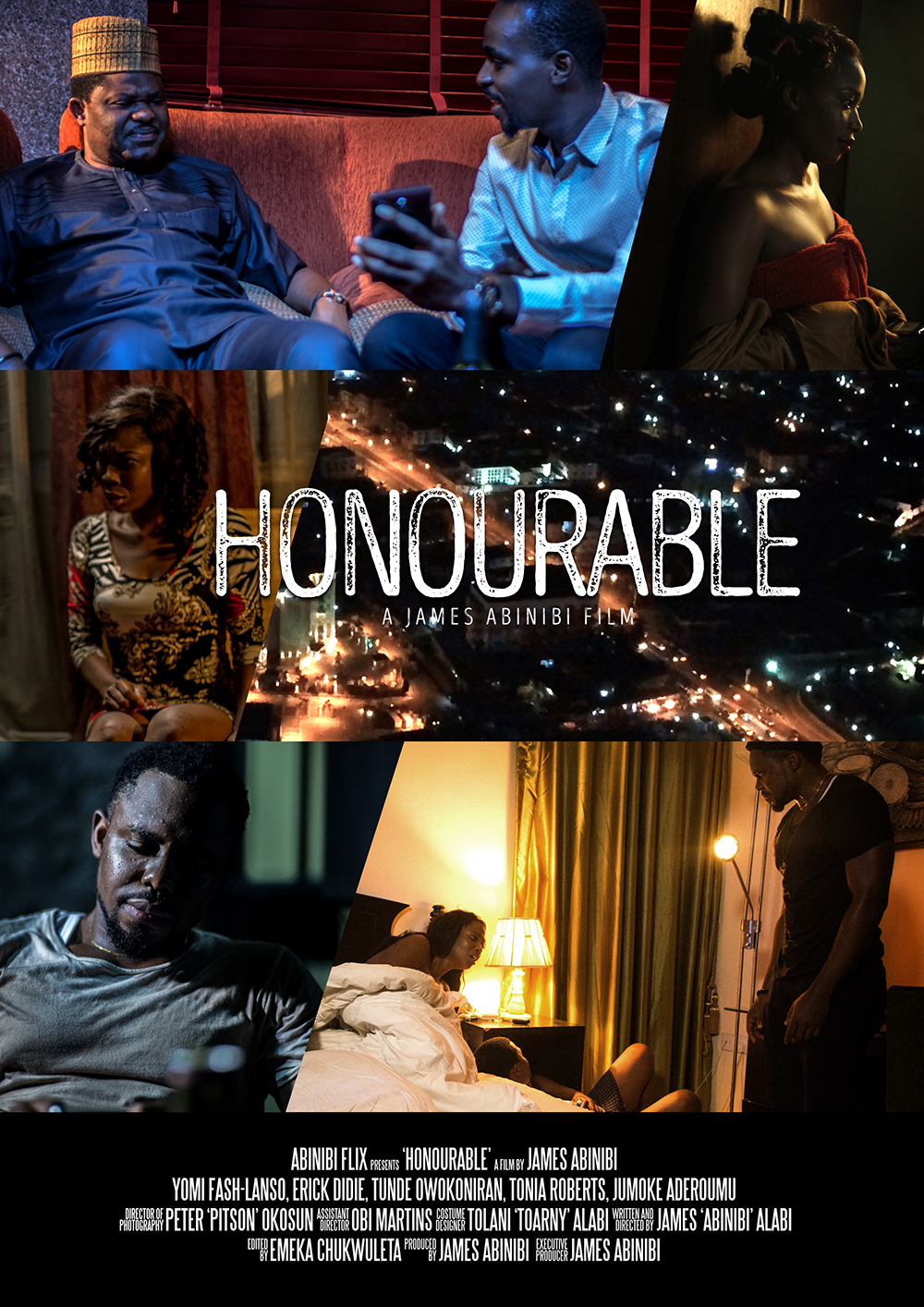 ‘Honourable’ is a 30 minutes short film by written, produced and directed by James Abinibi. The film stars veteran actor Yomi Fash-Lanso alongside new talented actors like Eric Didie, Adejumoke Aderounmu among others.

Here’s a synopsis of the film:

‘Honourable’ addresses the issues of Integrity, Corruption and Unemployment from an encounter between an unemployed citizen and a nonchalant politician.

The premiere is set to take place on Monday, October 31st, 2016 at Freedom Park.

So much Cuteness in One Photo! Take a look at Flavour and Little Sophie