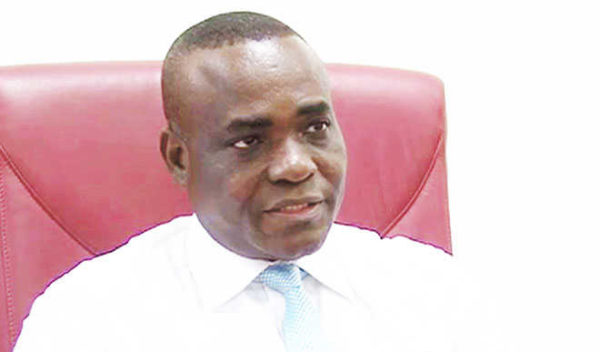 The Presidency has said it will not dispute the decision of the Senate to reject the request of President Muhammadu Buhari to borrow 29.9 billion dollars.

The News Agency of Nigeria (NAN) recalls that the Senate, on Tuesday rejected the request of Buhari to borrow 29.9 billion dollars as part of its external borrowing plan for 2016 to 2018.

The leader of the Senate, Ali Ndume told newsmen after plenary that the request was rejected due to the absence of certain documents that should have accompanied the letter.

Sen. Ita Enang, therefore, said that the Presidency would not be disputing with the senate but would rather engage with them on the issue that had been raised.

“We are not disputing with the distinguished Senate.

“There are certain information and details which will enable them to consider in detail, and appropriately the request of Mr President.

“So we are collating that information. The Budget Office of the Federation, the Debt Management Office, the Minister of Budget and National Planning, Minister of Finance and the economic team are collating the information so that it can be submitted to the Senate to enable them take the appropriate decision.

“When we present a matter before the legislature it is for them to consider and as they have considered, more information is needed and that information they are entitled to it and we would provide,” he said.

Wanna See how the Obamas Live? Architectural Digest takes us into the Uber Stylish Private Areas of the White House