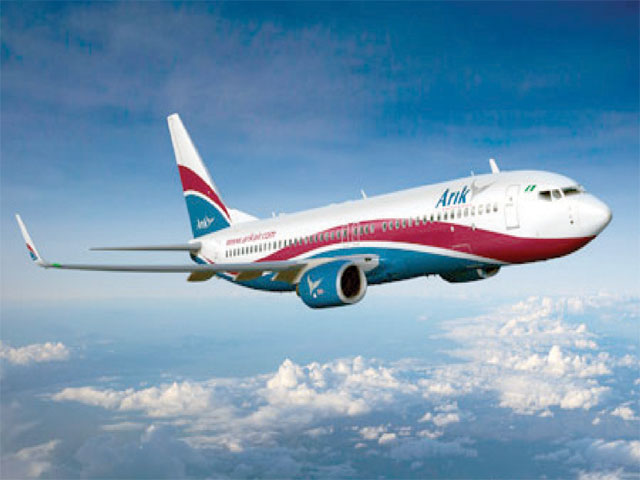 Arik Air on Wednesday announced reduction of flights due to the lingering scarcity of JET A1 (aviation fuel).

The airline made the announcement in a statement by its Communications Manager, Ola Adebanji, in Lagos.

“With a daily fuel need of about 500,000 litres and an average of over 100 daily flights, Arik Air is mostly affected by this scarcity which is the fourth this year alone.

“One of the airline’s flights to Johannesburg on Tuesday had to be routed via Port Harcourt to pick up fuel.

“As a result of the worsening supply situation of aviation fuel, Arik Air has announced further reduction in flights from Nov. 16 to cope with the fresh scarcity.’’

According to the airline, the reduction will reduce unpleasant flight delays and cancellations which passengers have experienced in recent times.

It said that an oil marketer issued a Notice to Airmen (NOTAM) on Saturday, alerting of non-availability of the product in Lagos.

Arik Air added that another marketer said it was running out of the product in Lagos with limited supplies in Port Harcourt and Abuja.

“This development has started taking its toll on Arik Air due to the airline’s large scale operations, with flights being delayed across the country and, in some cases, cancelled especially for airports without airfield lighting.”

It appealed for the understanding of its customers whose flights were likely to be affected by the scarcity and scaling down of operations.

It said that would notify passengers through SMS or email messages in situation where flights would be delayed or cancelled due to the scarcity.

NAN reports that the Minister of State for Aviation, Capt. Hadi Sirika, had at the weekend, assured stakeholders in the sector that the government was making efforts to address the scarcity.

Sirika said that the long-term target of the government was to ensure local production of aviation fuel to make the product easily available for airline operators.

Related Topics:ArikArik Air
Up Next

Wife’s higher income does not affect our relationship, some FCT men say