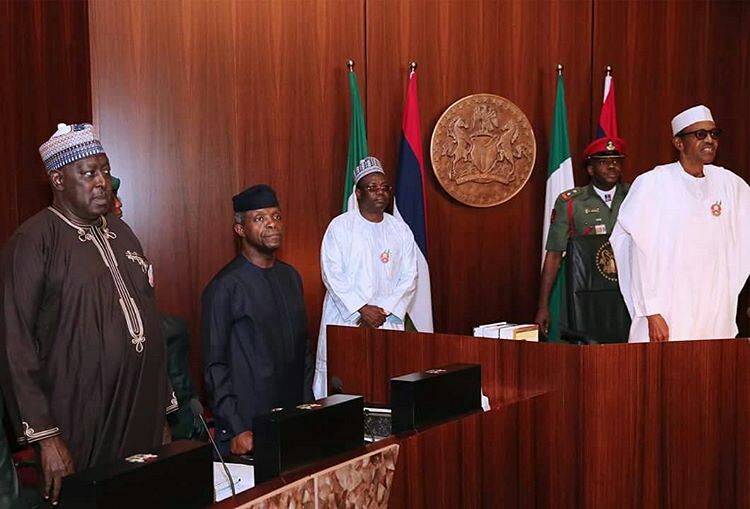 “One of the issues they (National Assembly) raised was about the exchange rate.

So, you only use the exchange rate that is valid at that time. Naturally by now you will change that.
So, the numbers whenever we appear before the National Assembly we’ll engage them and take them through one by one, and through each items.

But that MTEF was extremely well prepared consistent with the best possible methods of ‎preparation by people who are very experienced in preparing MTEFs,” he said.

He stated that his ministry will continue to  ensure regular briefing on the state of the 2016 budget implementation, saying that 80 per cent of the capital allocation of the budget had been released.
Also the Minister of Power, Works and Housing, Babatunde Fashola, disclosed that the council approved the construction of Federal Secretariat Complex in Ekiti State and the furnishing of the Federal Secretariat in Gombe State.
He said the Council also approved the Business case for the concession of some Small Hydro dams to achieve Incremental Power supply across the country

“The other matter we considered, of course, was in furtherance of our Incremental Power Initiative and our Rural Electrification Initiative and this was in respect to small hydro dams which can help us get more energy especially to rural areas to support farming; to support irrigation; to support water supply and of course rural electrification.
So, Council approved the Business Case for concessioning and development of Ikere goji dam (Oyo) for  6 megawatts of electricity, Bakolori dam (Zamfara) for 3.2 megawatts; Jibiya dam (Katsina State) for 4 megawatt, Zobe dam(Katsina State) 0.29 megawatt and Kpape Omi dam in Kogi for 2 megawatt of electricity and Doma dam (Nasarawa) for 1 megawatt of hydro electricity,’’ he said.

He said the small hydro dams would be utilised to further the nation’s quest for incremental energy in the area of renewable energy as “hydro electricity is also clean energy’’.
Related Topics:#Budget2017Babatunde FasholaFederal Executive Council (FEC)Udoma Udo Udoma
Up Next