No boy child was mobbed & burnt to death in Lagos - Police

The head of the Complaint Response Unit (CRU) of the Nigeria Police Force, ACP Abayomi Shogunle has said that no boy child was mobbed and burnt to death for allegedly stealing food stuff in Lagos.

On Tuesday, photos of a young man who was alleged to be 7-years old went viral on social media. He was beaten and burnt to death by an irate mob after he was accused of stealing.

Shogunle, in a 3-tweet statement, said that “a yet to be identified adult male corpse” was recovered in the Orile area of the state. 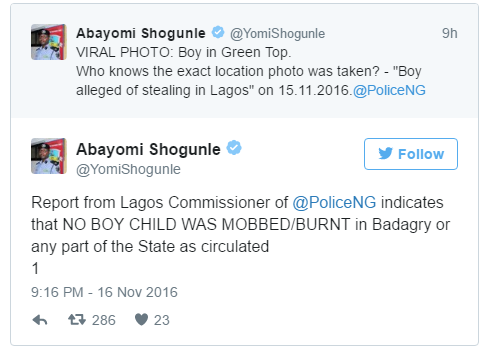 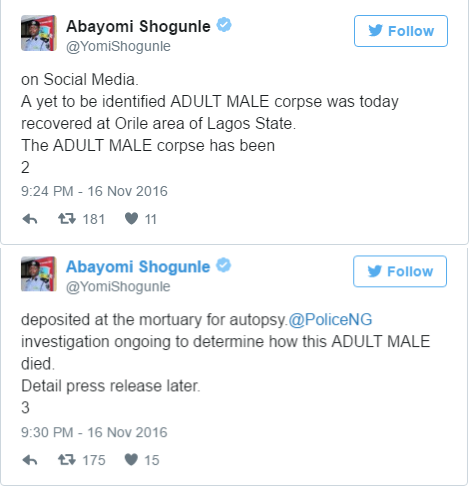 Whatever the case may be, jungle justice is a crime in itself and it MUST stop!