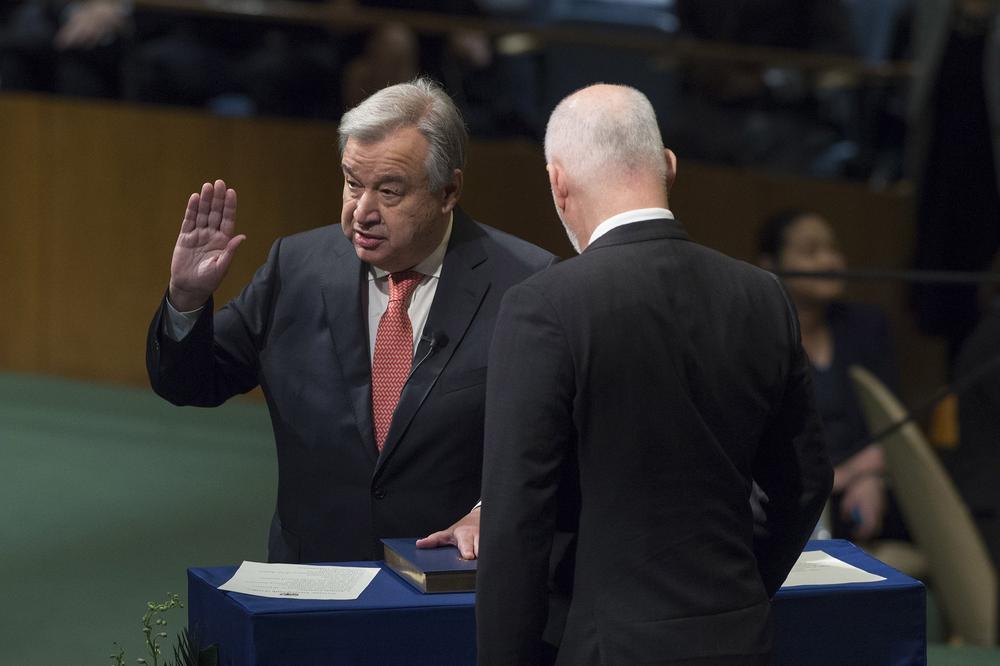 The General Assembly earlier paid glowing tributes to outgoing Secretary-General, Ban Ki-moon, for his exceptional contributions to the UN and the global community.

The outgoing Secretary-General will step down on December 31, 2016, while Guterres will assume office on January 1. 2017 for a five-year term.

He was formally appointed by the General Assembly on October 13 in what was the culmination of a historic process Member States set in motion late last year.

The historic process for the selection of a new UN Secretary-General, traditionally decided behind closed-doors by a few powerful countries, for the first time in history, involved public discussions with each candidate campaigning for the UN’s ninth chief.

The “informal briefings” between the candidates, UN Member States and civil society representatives kicked off on April 12 when the first three candidates presented their ‘vision statements’.

They answered questions on how they would promote sustainable development, improve efforts to create peace, protect human rights, and deal with huge humanitarian challenges should they be selected to lead the UN.

In October, thanking the Assembly for appointing him as the next secretary-general, Guterres said he was grateful to the Member States for their trust in him, as well as for the transparent and open selection process they undertook.

The Secretary-General-designate said: “I believe this process means that the true winner today is the credibility of the UN.

“And it also made very clear to me that as secretary-general, having been chosen by all Member States, I must be at the service of them all equally and with no agenda but the one enshrined in the UN Charter.”

Meet YNaija.com’s 100 Most Influential People in Nigeria in 2016

Era of Late Preparation for Olympics Over – Solomon Dalung