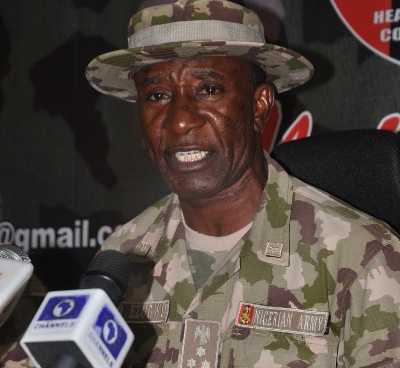 The General Officer Commanding (GOC), 7 Division of the Nigerian Army, Brig.-Gen. Victor Ezegwu, on Friday, dismissed the report that soldiers of the 21 Brigade deployed to Bula Bello shot indiscriminately, and turned against their officers.

Ezugwu made this known in an interview with NAN in Maiduguri.

“I want to assure that nothing like mutiny happened in Bama. Nothing happened. I just came back from Bama and nothing like that happened,” Ezegwu said.

It was reported that Soldiers protested against their commanders at about 6AM on Friday over maltreatment. The soldiers, who shot into all directions, threatening to kill anyone that stands in their way, also said that the commanders were telling them lies.

The Independence of INEC has not been Compromised – Chairman, Prof. Mahmood Yakubu