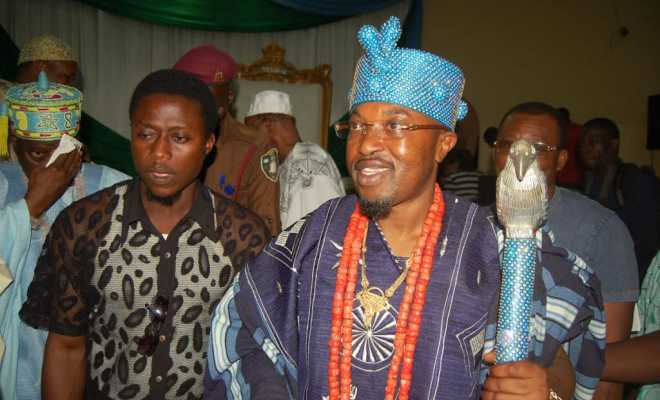 A magistrate court in Osun state on Tuesday, issued an arrest warrant on the traditional ruler Oluwo of Iwo, Oba Abdulrasheed Akanbi.

The arrest warrant was issued due to the refusal of the monarch to honour a court summons issued in November to answer to a suit filed against him by another monarch, Oluwo of Iwo-Oke, Oba Kadiri Adeoye.

Oba Adeoye accused the Oluwo of Iwo of concealing some facts about his past before he was installed as a first class monarch about a year ago.

The plaintiff also claimed that Oba Akanbi forged his name to obtain travelling documents to the United States where he was jailed in New York City and was deported to Nigeria in 2000.

He also stated that the monarch later traveled out with his real identity to Canada in 2001 and got the Canadian citizenship but was again arrested in Toronto and was in jail between 2006 and 2007.

The monarch, Oba Akanbi, however reacted to these allegations in a 13 paragraph affidavit through the Aremo of Iwo land, Adelani Akanbi describing the application filed against the monarch by Oba Adeoye as “scandalous, vexations and designed to embarrass, blackmail and ridicule the monarch in the view of right thinking members of the society”.

The absence of the monarch in court to defend himself however made the chief magistrate to order his arrest and the case was adjourned to December 27, 2016.

Refineries to Operate at Optimal Capacity in 2017 – NNPC