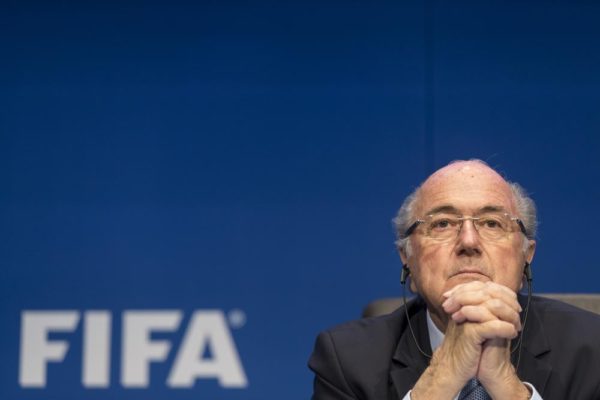 Former FIFA president Sepp Blatter has lost his appeal against a six-year ban for ethics violations, the Court of Arbitration for Sport (CAS) said on Monday.

The ban was imposed amid the biggest corruption scandal to shake the world football body,

CAS ruled that Blatter had authorised payments to Michel Platini, then the European football body’s president, worth over $2 million which amounted to “undue gifts’’.

It said this had therefore violated FIFA’s code of ethics.

Blatter, who led FIFA for 17 years, told Reuters in a telephone interview that he was “disappointed but not shattered’’.

He resigned in June 2015 after several dozen football officials, including FIFA executive committee members and former members, had been indicted in the U.S. on graft charges.

They were indicted along with two sports marketing firms.

The 80-year-old Swiss was not among those indicted, but became embroiled in scandal when he was banned from all football-related activities the following December by FIFA’s Ethics Committee.

He was banned along with Platini, then the UEFA president.

The two men were banned, initially for eight years, over a payment of 2 million Swiss francs ($1.98 million) which FIFA made to Platini in 2011, with Blatter’s approval.

The duo had claimed the payment was for work done a decade earlier.

The bans were reduced to six years by FIFA’s appeals committee in February.

Both men denied wrongdoing and Blatter said the payment related to a verbal agreement.

CAS said in a statement that its three-man panel had determined that Blatter “breached the FIFA code of ethics since the payment amounted to an undue gift as it had no contractual basis’’.

“The Panel further found that Blatter unlawfully awarded contributions to Platini under the FIFA Executive Committee retirement scheme which also amounted to an undue gift.’’

Swiss prosecutors are now investigating Blatter on suspicion of criminal mismanagement and misappropriation of funds over the payment, which they describe as “disloyal’’.

He has however not been charged.

In September, FIFA’s Ethics Committee said it was investigating Blatter and two other former leading FIFA officials over the salaries and bonuses they had received while in office.

Those probes come against a broader background of suspicion over the FIFA Executive Committee’s allocation of FIFA’s showpiece event, the four-yearly World Cup, to Russia and Qatar.

They were awarded under Blatter’s watch, and Swiss authorities are investigating whether bribes were paid to help secure the hosting rights.

Blatter, who must also pay a fine of 50,000 Swiss francs, told Reuters after the CAS ruling: “I have accepted it now. I have got to the stage where I have struggled enough, I have worked enough.’’

“I still have contact with people in football and heads of state,” he said.

“We have developed football all around the world, we have made football part of the economy and it also has some political influence. I do hope that at a future FIFA Congress, somebody will stand up and say ‘perhaps president Blatter is not so bad’.’’

CAS cut Platini’s ban to four years in May but said on Monday that Blatter had not requested a reduction.

“In any event, the panel determined that the sanction imposed was not disproportionate.’’