The former Foreign minister, who contested on the promise of change said on Twitter that the incumbent, John Mahama had called to congratulate him on his victory. 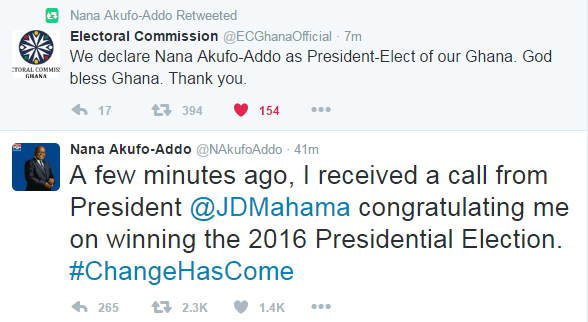 Although results from 4 constituencies are being collated, the 72-year-old, who ran for the top job in 2008 and 2012, has been declared winner by the electoral umpire. 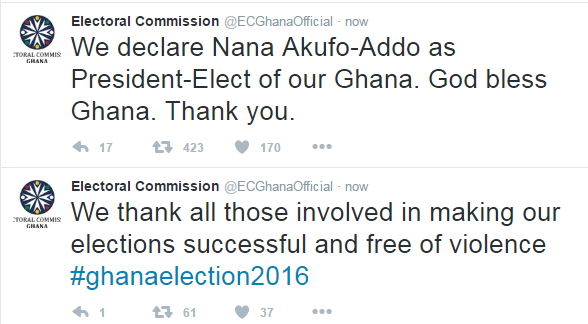 Related Topics:#GhanaDecides#GhanaElections2016Nana Akufo-Addo
Up Next

Nkem Ndem: The Thing About ‘Fighting’ For a Man