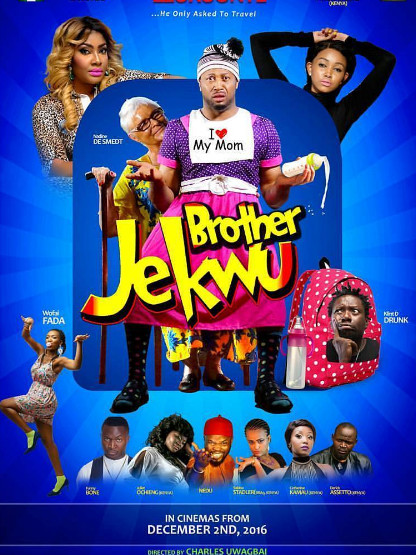 Nollywood actor Mike Ezuruonye made his directorial debut recently with a movie called “Brother Jekwu” and according to reports, in the first 10 days of the movie being in the cinema it grossed approximately N20 million.

Mike Ezuronye’s movie which stars Mike Ezuruonye, Angela Okorie, Wofaifada, Funny Bone, Nedu, Klint D Drunk, Huddah Monroe, Sabrina Stadler, among others tells the story of a village man with native intelligence that is full of adventure, proud and conceited. He is lucky to make it to Kenya on the bill of his corrupt cousin where he gets lost in a tale of his adventure while exploring a new land and his encounter with other folks and two beautiful ladies led to the various comical scenes that add a twist to the story.