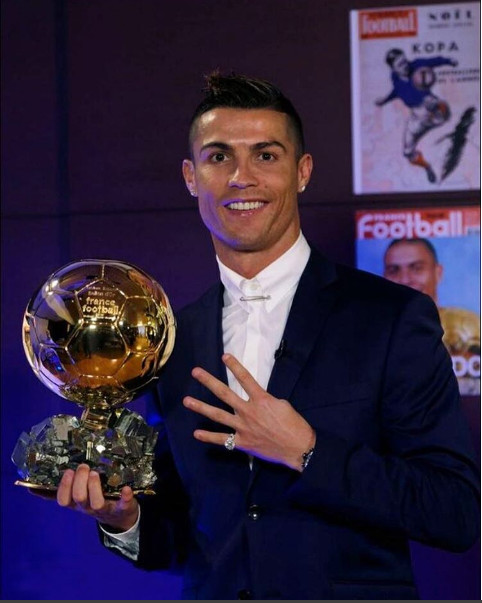 Real Madrid forward Cristiano Ronaldo on Monday won the prestigious Ballon d’Or award for a fourth time, adding to earlier wins in 2008, 2013 and 2014.

The former Manchester United forward has scored 19 goals in 20 games for club and country this term, to add to the 54 he got last season.

The Ballon d’Or is given to the best Europe-based player as voted by 173 journalists from around the world.

It has been awarded by France Football every year since 1956, but for the past six years it became the FIFA Ballon d’Or in association with the world football governing body.

However, FIFA ended its association with the award in September.

FIFA will hand out its own prize for the world’s best men’s player, along with the best women’s player and team of the year, at the Best FIFA Football Awards ceremony in Zurich on January 9.