Social Media reacts to FIFA's Query on the unaccounted $1.1 Million Grant given to the Nigerian Football Federation 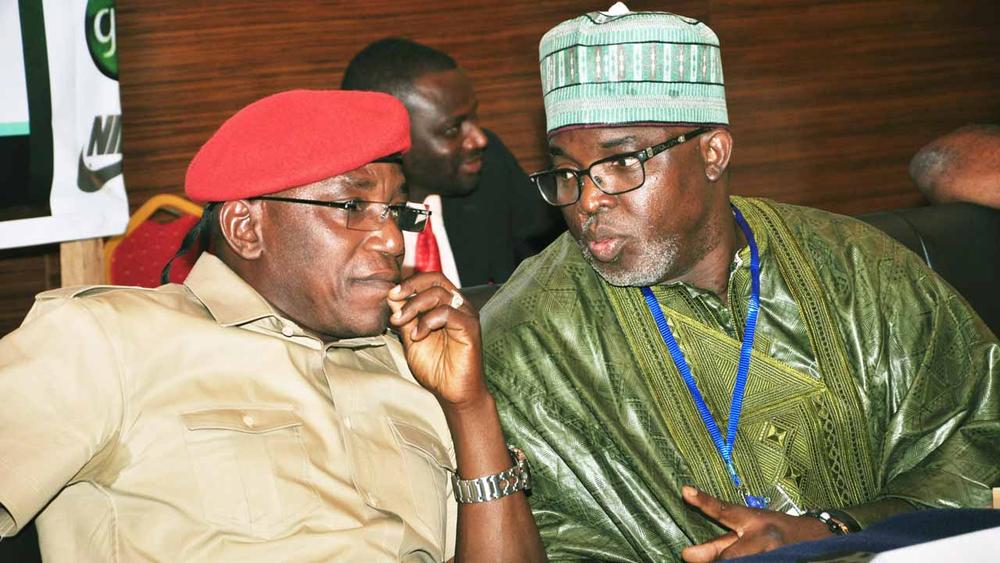 The Sports Minister, Solomon Dalung, has instructed the board of the NFF to investigate an alleged diversion of a $1.1 million FIFA development grant to the federation.

The Minister said he was a bit thrown off when he saw FIFA’s audit report of $1.1m FIFA development grant to the NFF at the NFF annual general assembly yesterday.

According to the report, FIFA has restrained all development funds to Nigeria due to the lack of proper of $802,000 out of the funds given to the NFF.

The General Assembly of the NFF has debunked the report diversion of the grant stating that they have not mishandled the FIFA’s development funds. These are few reactions from the story

The FG cannot sack Amaju Pinnick because of FIFA rules. But Solomon Dalung can be sacked if @MBuhari cares about what Nigerians care about.

Looking for a Faster way to get Africa Food Ingredients? Jálè Basket delivers quality African Food Groceries to your doorstep