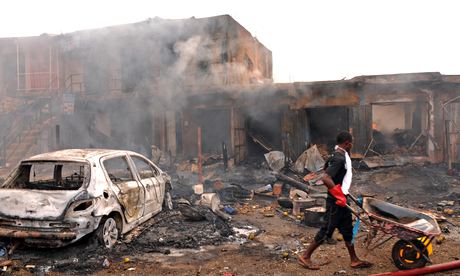 Bello, however, said the number of casualty was yet to be ascertained.

Also confirming the incident, the Chairman of Madagali Local Government, Yusuf Mohammed, said the incident which occurred around noon was at the animal and grains sections of the market.

“Certainly there is casualty but I can’t really give you a figure for now,” Mohammed said.

A resident of Madagali, who simply identified himself as Hamma, said many people were affected as the blasts occurred around the busy areas of the market. You know today is our market day. I just pray God to minimize the casualty,” Hamma said.

#MAGGIChristmasKitchen – Bringing Colour to Your Kitchen this Season

Rivers Rerun: President Buhari calls for Peaceful Elections says “it should not be seen as a do-or-die”