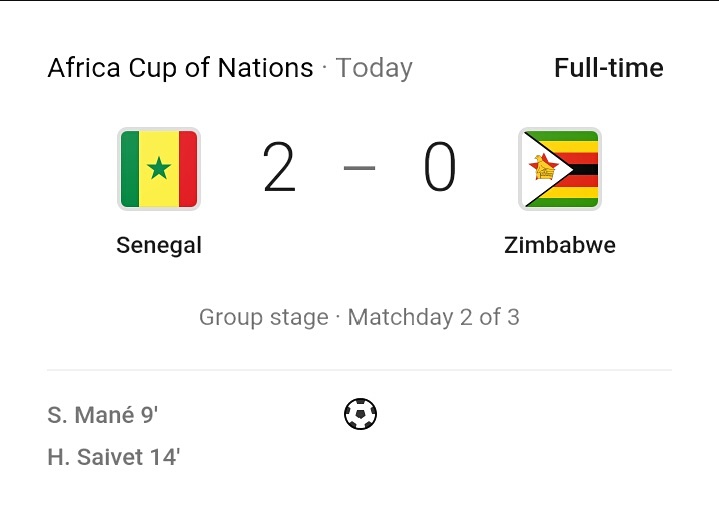 Senegal’s Teranga Lions on Thursday became the first team to qualify for the knockout staflge of the 2017 Africa Cup of Nations (AFCON), their first since 2006.

The Lions secured a 2 -0 win over Zimbabwe in their Group B Day Two clash in Franceville to stay top of the log with six points from two matches.

Sadio Mane and Henri Saivet each scored in the first half to ensure they maintain their status as the only side with a 100 per cent record so far. 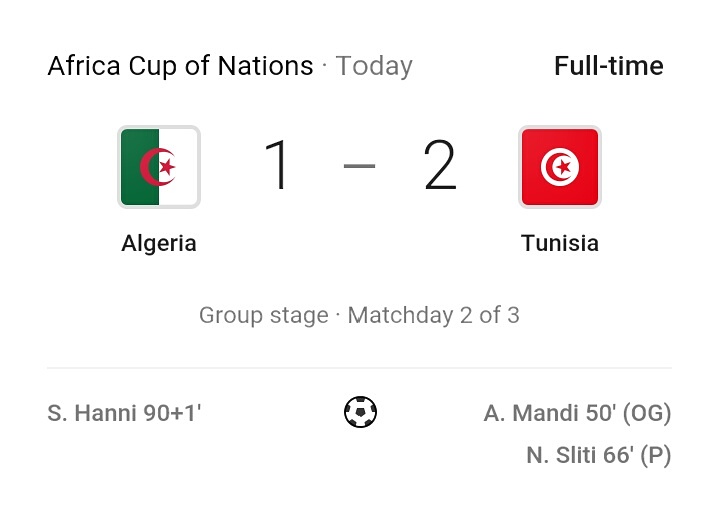 Also, Tunisia on Thursday boosted their chances of reaching the quarter-finals of the competition with a 2-1 win over neighbours Algeria in Group B.

The match’s first half was a cagey affair as both sides probed each other’s area in search of an opening goal.

But, both teams failed to take their chances as the first half ended 0-0.

However, it was Tunisia who drew the first blood in the second half, even though it was from an own goal.

They took the lead when Algeria’s Aissa Mandi directed Youssef Msakni’s right-wing cross into his own net in the 50th minute.

The Tunisians grew in confidence afterwards and continued to pile pressure on the Algerian defence.

Some dreadful defending by Faouzi Ghoulam led to his bringing down Wahbi Khazri for a penalty kick which Naim Sliti coolly slotted into the right corner in the 66th minute.

Algeria however got some consolation when Sofiane Hanni struck from the edge of the area in added time.

Senegal will meet Algeria in their last Group B match on Monday in Franceville, while Tunisia battle Zimbabwe in Libreville.

Related Topics:Africa Cup of Nations (AFCON) 2017
Up Next