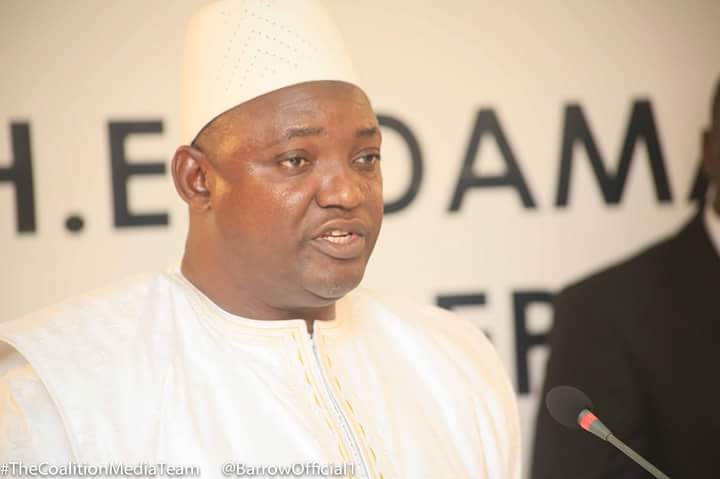 The troops are expected to search for long-term ruler Yahya Jammeh, who refuses to give up power despite losing the December 1, 2016 presidential election to Barrow.

The UN Security Council voted unanimously to back Barrow and called for a peaceful transition of power.

The resolution called on former president Jammeh “to carry out a peaceful and orderly transition process,” and to transfer power to Barrow in accordance with the Gambian constitution.

It also supported ECOWAS “in its commitment to ensure the respect of the will of the people … as expressed in the results of the December 1 elections.”

Earlier on Thursday, Barrow was sworn in as Gambian president in neighbouring Senegal, after weeks of political impasse caused by Jammeh’s refusal to accept the election result.

“This is a day no Gambian will ever forget,” said Barrow after he was sworn into office by the president of the Gambian Bar Association, Sherif Tambedou, at Gambia’s embassy in Senegal’s capital, Dakar.

“We will now build a Gambia where what you know counts more than who you know,” Barrow said in a promise to end decades of nepotism and corruption.

Barrow’s inauguration came after an escalating political standoff triggered by Jammeh’s rejection of the election results.

Barrow had been scheduled to be inaugurated in Gambia, but the ceremony was jeopardised by Jammeh’s refusal to give up power. He is Gambia’s third president since independence from British rule in 1965.

During his inaugural speech, Barrow asked Gambia’s security forces to remain loyal to the constitution and commanded all soldiers to remain in their barracks.

Armed soldiers found outside their barracks would be regarded as “rebels,” the newly sworn-in president said.

The call for peace comes after Barrow had to flee for security reasons to Dakar on Saturday, after multiple attempts by West African leaders to convince Jammeh, who ruled Gambia for 22 years, to step down failed.

Jammeh’s whereabouts were unknown on Thursday.