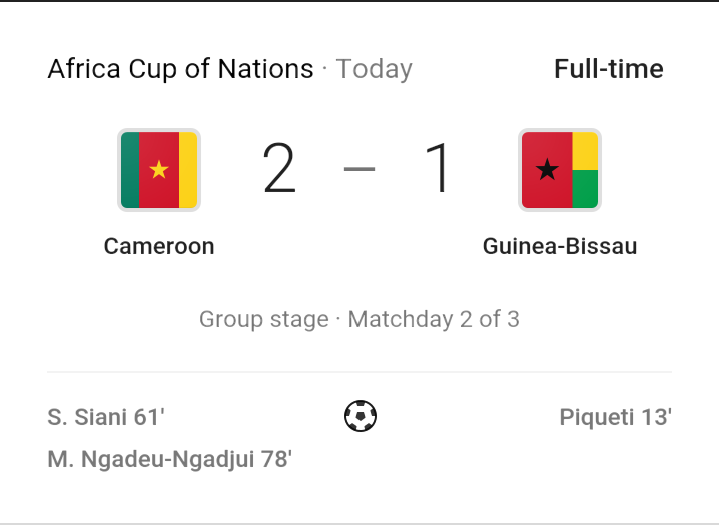 Four-time champions Cameroon moved top of Group A as they fought back to deny debutants Guinea-Bissau a historic first win at the Africa Cup of Nations (AFCON).

Cameroon defeated their opponents 2-1, in a tension soaked encounter at the end of the 90 minutes game.

Cameroon restored parity after the break when Sebastien Siani rifled in low from outside the penalty area.

Michael Ngadeu-Ngadjui drilled in another low strike as Cameroon earned their first Afcon win since 2010.

The Indomitable Lions, historically one of the dominant forces in African international football, failed to qualify for two of the three previous tournaments and lost all three games in 2015.

But, after drawing their opening game against Burkina Faso, they are now well placed to reach the quarter-finals.

They are two points clear at the top of the group after the opening three games ended in 1-1 draws. 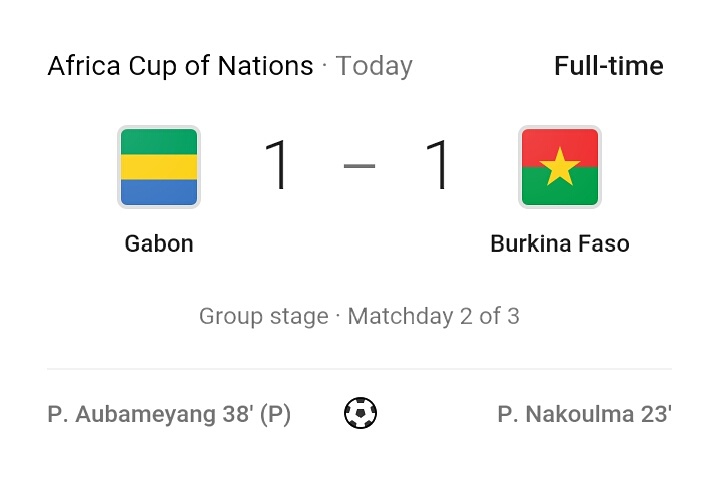 Earlier on Wednesday, hosts Gabon fought back from 1-0 down with a goal from their star player, Borussia Dortmund’s Pierre-Emerick Aubameyang, to hold Burkina Faso.

Guinea-Bissau must win to stand any chance of reaching the last eight.