President Buhari continues to enjoy his vacation in London and he was spotted with his wife, First Lady Aisha Buhari as they posed for the camera during her visit to see him in London. 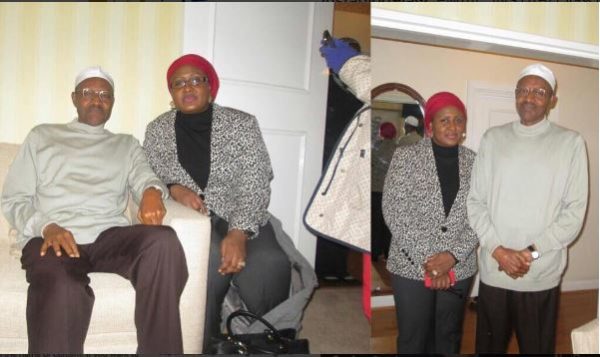