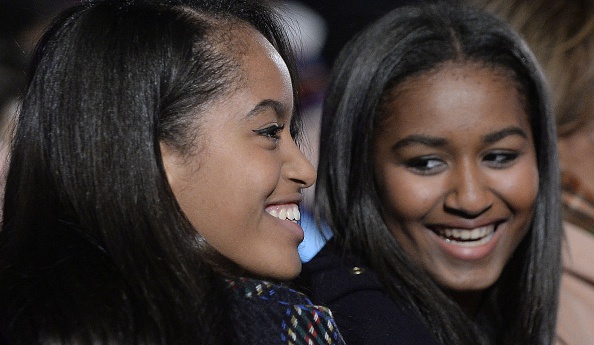 Daughters of former U.S. President George W. Bush, Barbara and Jenna, have written a letter to daughters of outgoing President Barack Obama, advising them on life outside the White House.

“Malia and Sasha, eight years ago on a cold November day, we greeted you on the steps of the White House. We saw both the light and wariness in your eyes as you gazed at your new home.

We left our jobs in Baltimore and New York early and travelled to Washington to show you around.

To show you the Lincoln Bedroom, and the bedrooms that were once ours, to introduce you to all the people – the florists, the grounds-keepers and the butlers – who dedicate themselves to making this historic house a home.

The four of us wandered the majestic halls of the house you had no choice but to move in to.

When you slid down the banister of the solarium, just as we had done as eight-year-olds and again as 20-year-olds chasing our youth, your joy and laughter were contagious,” the Bush sisters wrote in the letter published by TIME magazine. 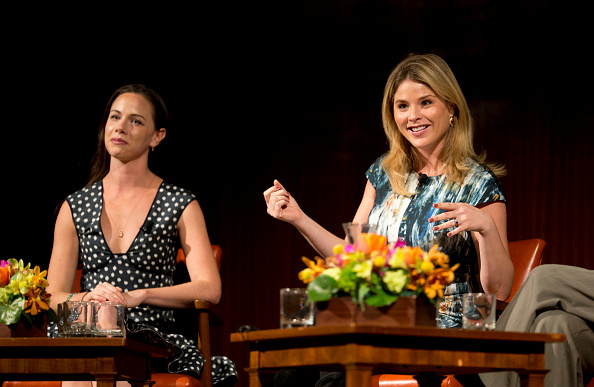 The Bushes also gave their views of the Obamas in their eight years as the First Children.

“In eight years, you have done so much. Seen so much. You stood at the gates of the Robben Island cell where South Africa’s Nelson Mandela was imprisoned for decades, your arms around your father.

You attended state dinners, hiked in national parks, met international leaders and managed to laugh at your dad’s jokes during the annual Thanksgiving Turkey Pardon, all while being kids, attending school and making friends.

We have watched you grow from girls to impressive young women with grace and ease.

And through it all you had each other. Just like we did,” the daughters of the 43rd U.S. president wrote.

Barbara and Jenna, then, prepared Malia and Sasha on what to expect after life at the White House.

“Now you are about to join another ratified club, one of former First Children – a position you didn’t seek and one with no guidelines. But you have so much to look forward to. You will be writing the story of your lives, beyond the shadow of your famous parents, yet, you will always carry with you the experiences of the past eight years.

Never forget the wonderful people who work at the White House. Our greeter as seven-year-olds at our grandfather’s Inauguration was Nancy, the White House florist, who ushered us in from the cold.

She helped us make colourful bouquets of winter flowers for our grandparents’ bedside. Twenty years later, Nancy did the flowers for Jenna’s wedding. Cherish your own Nancy. We stay in touch with our Secret Service.

They were part of growing up for us: there for first dates, first days and even know it wasn’t always easy – the two of you and the two of us were teenagers trailed by men in backpacks – but they put their lives on hold for us.”

“Enjoy college. As most of the world knows, we did and you won’t have the weight of the world on your young shoulders anymore. Learn who you are. Make mistakes you are allowed to. Continue to surround yourself with loyal friends who know you and will fiercely protect you.

Those who judge you don’t love you, and their voices shouldn’t hold weight. Rather, it’s your own hearts that matter. Take all that you have seen, the people you have met, the lessons you have learned, and let that help guide you in making positive change. We have no doubt you will.

Travelling with our parents taught us more than any class could. It opened our eyes to new people as well as new cultures and ideas. We met factory workers in Michigan, teachers in California, doctors healing people on the Burmese border, kids who lined the dusty streets of Kampala to see the American President, and kids with HIV waiting to get the antiretroviral drugs that would save their lives.

One tiny girl wearing her finest lavender dress looked young, which she was not. Her mom admitted that she might not live to see these drugs work, but her brothers and sisters would. After meeting this girl, Barbara went back to school and changed her major, and her life’s path,” Barbara and Jenna advised.

The Bush sisters, however, told the Obama sisters of the relief and freedom of leaving the four walls of the presidency’s official quarters.

“You have lived through the unbelievable pressure of the White House. You have listened to harsh criticism of your parents by people who had never even met them. You stood by as your precious parents were reduced to headlines. Your parents, who put you first and who not only showed you but gave you the world. As always, they will be rooting for you as you begin your next chapter. And so will we,” the Bush daughters letter to the Obama daughters concluded.

Barbara Bush is a co-founder and the CEO of Global Health Corps while Jenna Bush Hager is a correspondent for the Today show.

Want to win a Cool Samsung Device this Week? Share Your Future Projections & Win a Samsung Galaxy Grand Prime Plus in the #MakeItGrandNG Contest

Presidency Says Nigeria Did not Sever ties with Taiwan