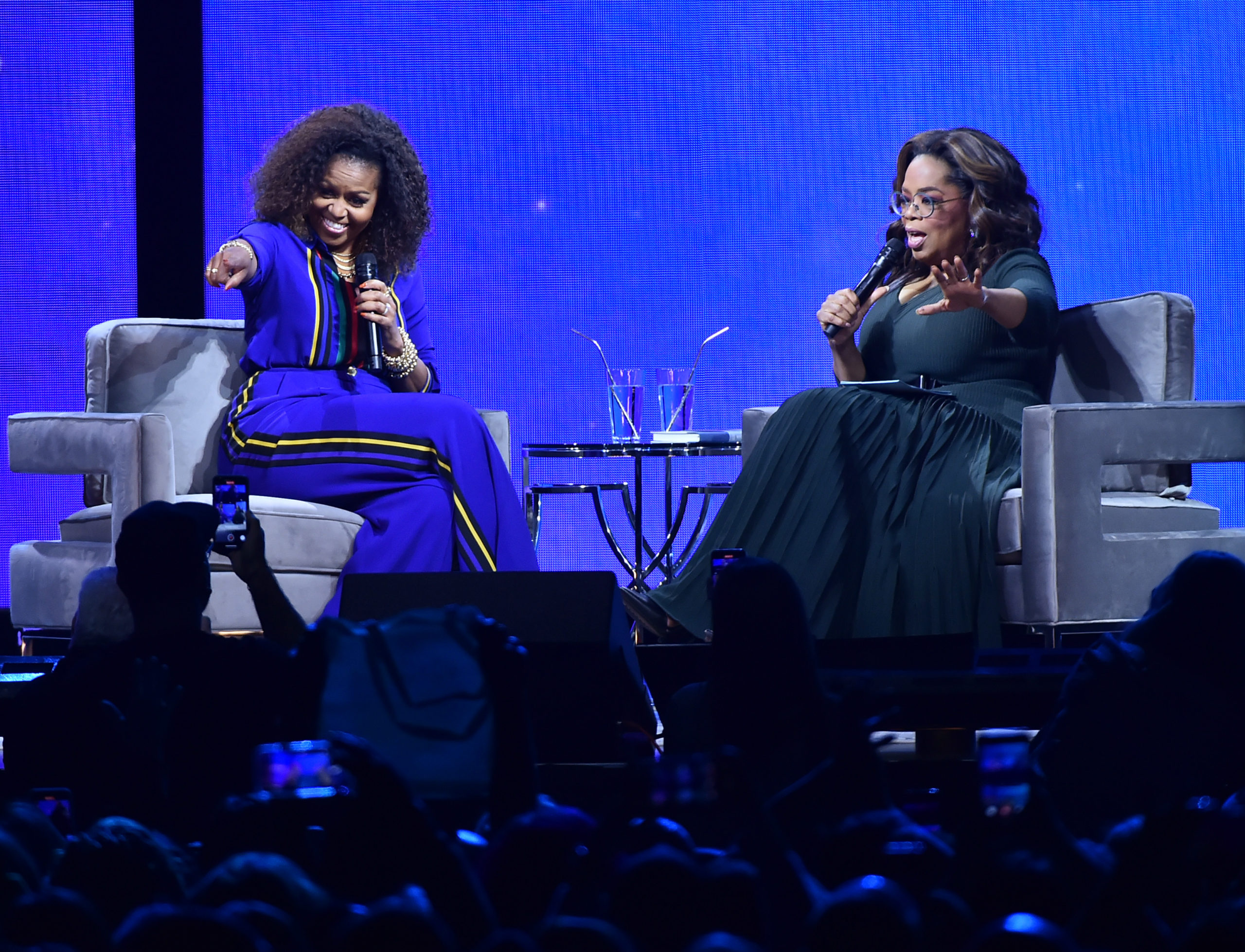 If you’ve read “Becoming” (or have just heard her speak), you’ll know that Michelle Obama has a well of knowledge to teach from, and she continues to.

Michelle sat with Oprah for the Oprah’s 2020 Vision: Your Life In Focus tour, and she spoke about a little about, well, everything, People shared.

She shared the advice she gives her daughters, and we think it’s a great parenting tip. She said:

Michelle Obama also discussed not following her daughters, Sasha and Malia on social media. “It’s better for them to be checked by somebody younger than me,” she shared.

She said that when they were kids she was hands-on, checked on where they were going and who they were going to see. But now that they are college-aged, she’s letting them make their own decisions. (Nigerian parents, what do you think?)

And what about parenting while being married? Michelle Obama had some insight to share on that, too. She said:

Parenting takes up a lot of emotional space. Raising a family together is a hard thing. It takes a toll. But if you’re with the person, if you know why you are with them. You understand that there was a friendship and a foundation there.

You can have chunks of hard bad times and if that’s how you define your marriage by just the hard times, then you’ll miss the truth of what’s really there.

We, too, are dying to know what kind of father Barack Obama is, and Michelle is letting us know he’s quite the emotional one.

When the emotions come is when we are getting in our cars and getting on a plane and leaving our babies,” the former first lady said. “They’re going somewhere where they now live. That’s when it hits you. It’s like we all start choking up.