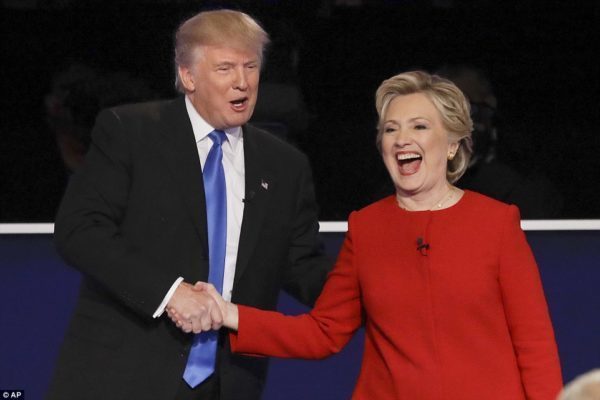 Bill and Hillary Clinton have made up their minds to attend Trump’s inauguration as the 45th President of the U.S., according to two sources with knowledge of their plans.

Former President Bush and former first lady Laura Bush’s attendance of Trump’s inauguration was announced by the 43rd president’s office in a statement on Tuesday, quoted by CNN.

The statement said the couple “is pleased to be able to witness the peaceful transfer of power – a hallmark of American democracy – and swearing-in of President Trump and Vice President Pence.”

Aides to the Clintons – Bill and Hillary – also confirmed that the couple will attend the President-elect’s inauguration later this month.

The sources were quoted as saying that over the past few weeks, Hillary Clinton discussed with trusted advisers and friends whether or not she should attend the inauguration.

She and President Clinton, the sources said, decided to do so out of a sense of duty and respect for the American democratic process.

“President and Mrs. George W. Bush will attend the 58th Presidential Inauguration Ceremony on January 20, 2017, at the U.S. Capitol in Washington, D.C.,” the Bush’s statement read.

Until Tuesday, Jimmy Carter was the only former president to RSVP to President-elect Donald Trump’s inauguration.

Bush’s father, former President George H.W. Bush, will not be attending due to his health, a spokesman reportedly said.

Former presidents traditionally attend the ceremonial transfer of power at the US Capitol.

In spite of being a fellow Republican, Bush did not vote for Trump on November 8 election, a decision Trump later described as “sad”.

Bush’s father voted for Clinton, according to sources.

During the primaries, both Bushes supported their family member, former Florida governor, Jeb Bush, who was a fierce challenger of Trump’s.

Just a week after the election, George W. Bush lamented the role that anger played in politics today.

“I understand anger, and some people may have been angry when I was president. But anger shouldn’t drive policy”, Bush said in Dallas in a rare public speech.

“What needs to drive policy is what’s best for the people who are angry.”

President Barack Obama will hand-over to Trump as the 45th U.S. President on Jan. 20.