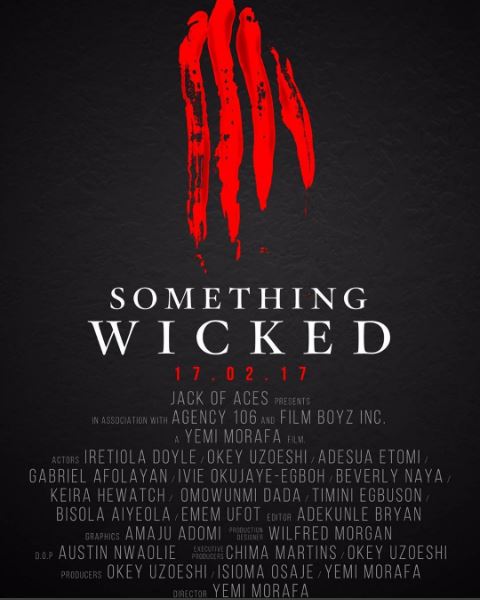 Something Wicked, a Psychodrama produced by the JAF alliance also happens to be the first movie released under the production trio made up of Okey Uzoeshi‘s Jack of Aces films, Isioma Osaje‘s Agency 106 & co and Yemi Morafa‘s Film Boyz Inc.

Something Wicked is the story of a widow Hauwa (played by Ireti Doyle), whose recently orphaned nephew Abel (played by Okey Uzoeshi), moves into her home from the violence-riddled Northern Nigeria after the murder of his parents. Abel has a difficult time fitting into his new family, whilst Hauwa struggles with the challenges of balancing a failing business and single parenthood.

This family’s bond is tested when they are thrown in a life threatening situation and we see how easily misunderstandings lead to misconceptions and premonitions are sometimes the only warning we get, in this game of life and death.