"It was sarcasm. I spoke the truth many of them implied I meant" - Twitter User Says after he told Michelle Obama "Your mates are holding their male children, you are there holding dogs"

A Twitter user @LadiSpeaks has apologised for a tweet he said, meant to be sarcastic but was misunderstood.

LadiSpeaks quoted a Tweet from @FLOTUS which had Michelle Obama‘s photo with their two dogs, thanking everyone for their wishes on her birthday yesterday.

He came under fire from Twitter NG, as many persons described him as being sexist.

LadiSpeaks, before apologising, quoted a series of tweets, saying that he only tried to tweet with sarcasm, the truth many Nigerians implied he meant. 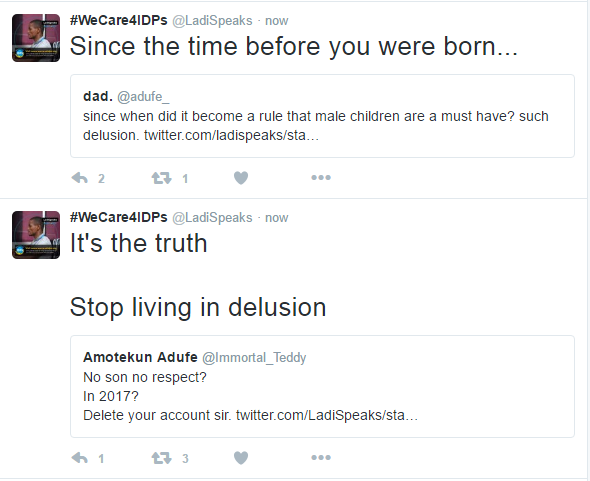 He afterwards, tendered his apology. 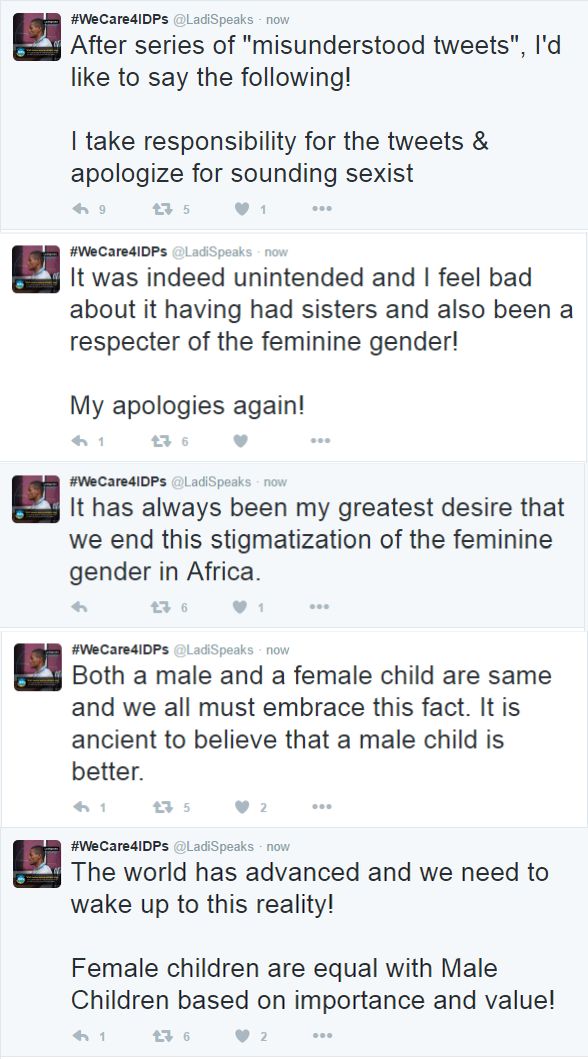 Related Topics:Twitter NG
Up Next

Following the Advice of her Friend, Woman Scalds Toddler’s Hand While Trying to Stop her from Thumbsucking