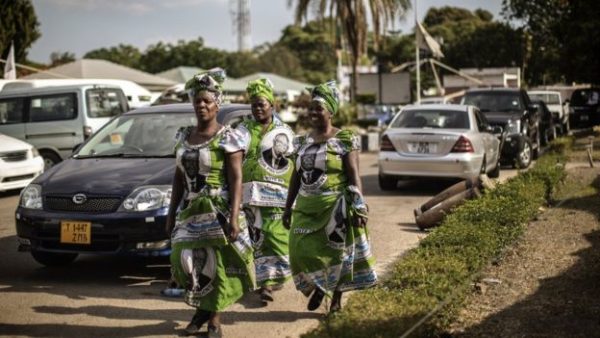 In Zambia, discussing menstruation publicly is a taboo, and the government has enacted a law that allows women to take one day every month as holiday to rest.

The women do not need to make prior arrangements to be absent from work, but can simply call in on the day to say they are taking the holiday called “Mother’s Day”.

An employer who denies female employees this entitlement can be prosecuted.

The law does not state whether the woman should always remain at home on the day, since that was why she took the holiday in the first place.

This has led to confusion among employers and employees.

I think it’s a good law because women go through a lot when they are on their menses (periods).

You might find that on the first day of your menses, you’ll have stomach cramps – really bad stomach cramps. You can take whatever painkillers but end up in bed the whole day.

And sometimes, you find that someone is irritable before her menses start, but as they progress, it gets better. So, in my case, it’s just the first day to help when the symptoms are really bad.

Her boss, Justin Mukosa, a married man, supports the law saying that he understands the pressure women face balancing career, family, and their personal lives.

Mukosa added that the law can impact positively on the woman’s work. “Productivity is not only about the person being in the office. It should basically hinge on the output of that person,” he said.

“It could be abused in the context that maybe an individual might have some personal plans they wish to attend to so she takes Mother’s Day on the day,” he added.

Not everyone is so supportive of Mother’s Day, and there are many women among the critics.

A married woman with 3 children, Mutinta Musokotwane-Chikopela says she does not support the law.

“I don’t believe in it and I don’t take it. Menses are a normal thing in a woman’s body; it’s like being pregnant or childbirth.,” Musokotwane-Chikopela, who has a full time marketing job said.

“I think women take advantage of that, especially that there’s no way of proving that you are on your menses or not…. The problem in Zambia is that we have too many holidays – including a holiday for national prayers. So I guess Mother’s Day makes those that love holidays happy,” she added.

According to Catherine Chinunda, a National Trustee of the country’s Workers Union – The Zambia Congress of Trade Unions (ZCTU), which also supports the law, the entitlement “would have to be forfeited” if a woman were to take it on a day that she was not on her period.

“We have been educating women about Mother’s Day, telling them that on that day, they are supposed to rest and not even go shopping or do other jobs because that is wrong,” she added.

The law itself provides no guidance about what is allowed and it would appear that very few, if any, employers have internal policy guidance in that respect.

Some supporters of the concept also lamented that the law is bad for business.

“Your superiors may have planned work for you to do and when you suddenly stay away from work, it means work will suffer, Harrington Chibanda, head of the Zambia Federation of Employers, said. “Imagine a company that has a number of employees and six or seven take Mother’s Day on the same day. What will happen to productivity?” he asks.

“If you absent yourself yet you are found in a disco house, then it will not be taken as Mother’s Day. You shouldn’t even leave town, be found doing your hair or shopping. You can be fired. For example, somebody was found farming after taking Mother’s Day and she was fired,” Labour Minister Joyce Nonde-Simukoko, a former trade union activist said, adding that Mother’s Day was initially informally observed in the 1990s before eventually being brought into law.

“The reason why mother’s day is important within the Zambian context is that it recognises that women are the primary care-givers in our society – regardless of whether they are married or not,” Linda Kasonde, a senior lawyer said.