President Donald Trump explains why the #MuslimBan was so Sudden

In a series of tweets, President Donald Trump has explained the miscommunications about the Immigration Order he passed a few days ago.

According to him, only about 109 people were actually detained and held for questioning. He also stated that the reason the ban was so sudden was to avoid people getting into a rush to enter the US and thereby allowing “bad dudes” enter the country. 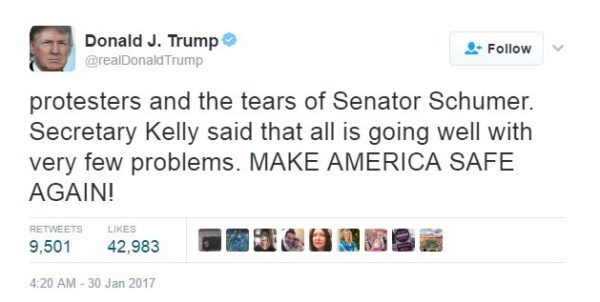 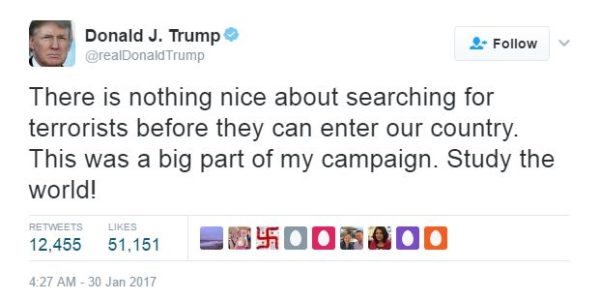 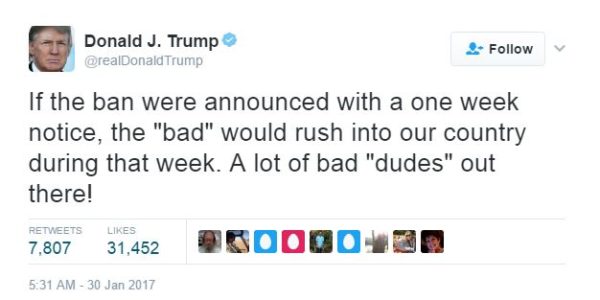