#SouthernKaduna: "If you kill one Christian, we are going to reply, we'll defend ourselves" - Pastor Chris Okafor | WATCH 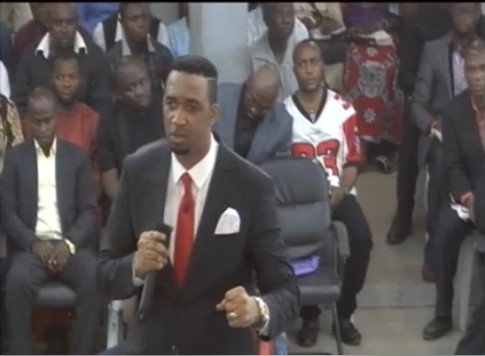 Dr. Chris Okafor, Founder and General Overseer of Mountain of Liberation and Miracle Ministries (MLMM) aka Liberation City, has decried the incessant killings in Southern Kaduna and all other parts of Northern Nigeria.

Okafor, while speaking during a church meeting, said that “Enough is Enough…. Nobody owns this country.” “We are keeping quiet does not mean we are powerless,” Okafor added.

According to the clergyman:

People are being killed in a country where there is government, and nobody seems to be saying anything, and anybody who says anything they come against that person, we are all ready to die for it. When they come with their cow to graze in your farmland, they destroy your farmland, and when you talk they kill you, because to them their cow is more important to them than your own life, why? Because you are seen as an infidel, you are seen as an unbeliever.

A man cried to me about 2-weeks ago, that he doesn’t have a place to stay, I asked him why and he said where they were living in Kaduna was burnt, his 7-children and pregnant wife were killed; he said he ran for his dear life, as it is right now he is a widower, no wife no children.

WATCh the video below:


In another video, Okafor said, “If a thief comes to your house to rob you, to rape your wife, to kill you; If you have a means to kill the thief, kill the thief.”

“If you kill one Christian, we are going to reply, we’ll defend ourselves,” Okafor added.