Stand a Chance of Winning a VIP Ticket to the Media Screening of 'Live By Night' Movie starring Ben Affleck | Tomorrow, January 12th

Burger King Launches in Nigeria, bringing “The Real Burger Experience" to the Giant of Africa 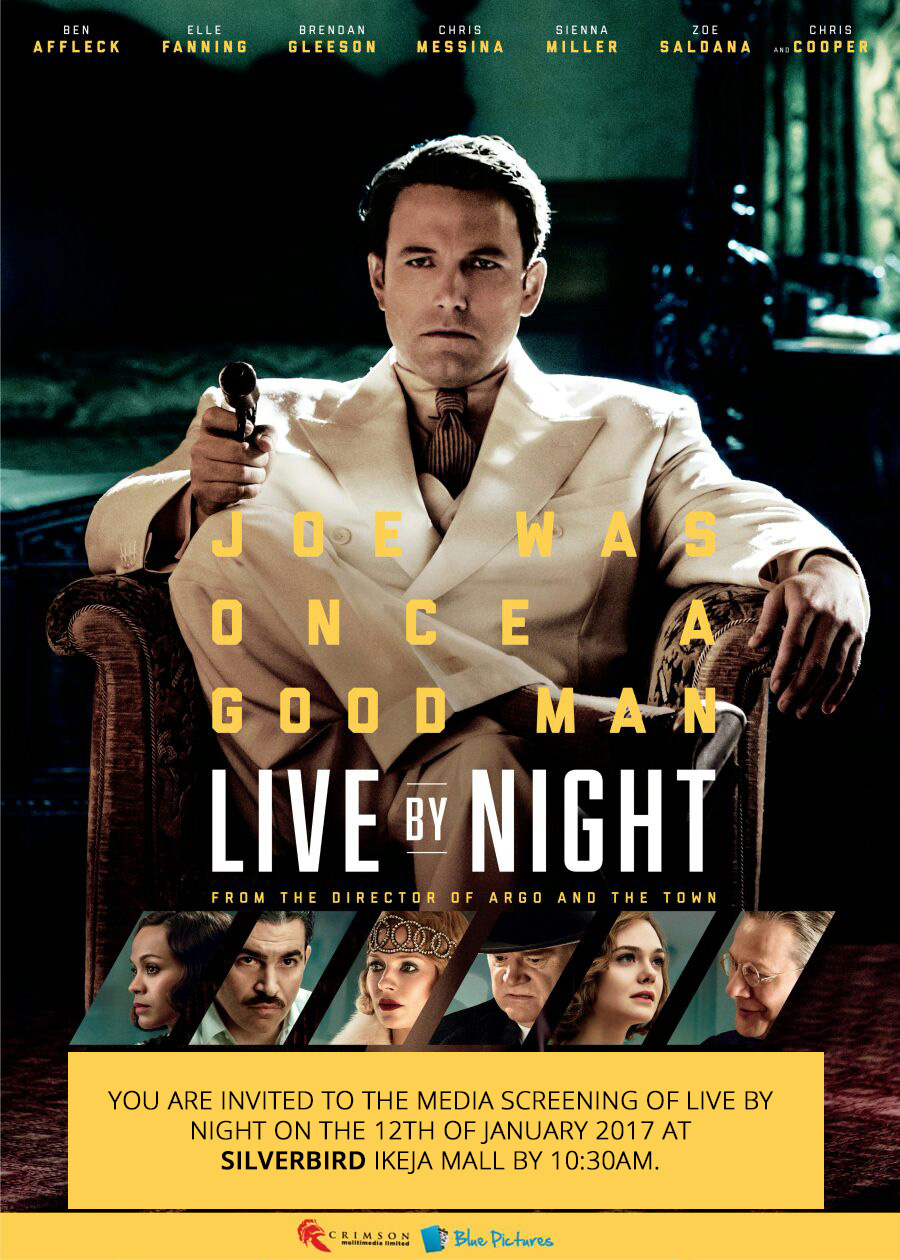 The highly anticipated Hollywood movie, Live By Night starring Ben Affleck will be in cinemas on January 20, 2017, but Crimson Multimedia and Blue Pictures, two leading movie distribution companies in Africa are giving the opportunity to readers of this website to see it as a VIP beforehand on Thursday, January 12, 2017.

All you need to do to qualify as part of the 50 people to see the movie is to follow @BluePictures16 on Twitter and @bluepicturesng on Instagram and write #RSVP with the hashtag #BluePictures #LiveByNight #CrimsonMedia #BBBMedia.

Live by Night is a 2016 American crime drama film written, directed, co-produced by and starring Ben Affleck, based on the 2012 novel of the same name by Dennis Lehane. The film also stars Elle Fanning, Brendan Gleeson, Chris Messina, Sienna Miller, Zoe Saldana and Chris Cooper and follows an Ybor City bootlegger who becomes a notorious gangster.