"WCW alert goes out to my masked ladies, you girls rock #TakingThePainForWomenRight''- Pretty Mike to His Leashed Girls

It caused a bit of a controversy as it had some Nigerians condemning the act and others didn’t think it was a big deal or anyone’s business, especially as the women were willing to partake in the act. The topic even had celebrities speaking up and asking women to come together and demand an apology while others thought he was being misunderstood.

Fast forward to today, Pretty Mike posted a picture on his Instagram of the ladies in the dog leash and tagged it “WCW alert goes out to my masked ladies, you girls rock #TakingThePainForWomenRight“. His post has once again caused an uproar! 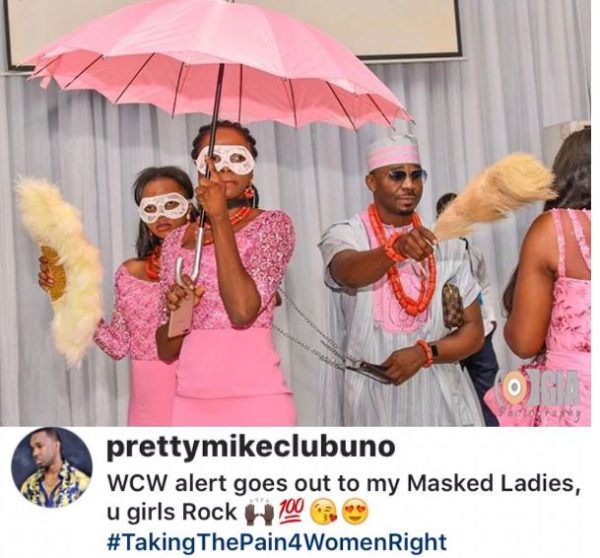 BN Viral Video: The Obamas Are So in Love