There is so much drama on social media these days.

Today, Joy Madaki – who is the younger sister of rapper Terry tha Rapman – went on her Instagram page to blast rapper Ikechukwu for allegedly talking smack about their family in an interview.

Joy’s brother, Terry tha Rapman echoed her thoughts by reposting her rant on his page with his own caption.

He wrote that “Haha! I swear my lil sis is GANGSTA. Mr @official_ikechukwu we was never cool. Never had,never will. You came into the family and tried to separate us. Don’t ever mention any of my family’s name in any interview again. B****! Just admit you messed up the best thing in your life instead of BLAMING someone else! That’s too easy to do. #BANS P.S: FOCUS ON YOUR ACTING CAREER. YOU ARE BETTER AT IT. Leave rap for us wey sabi.” 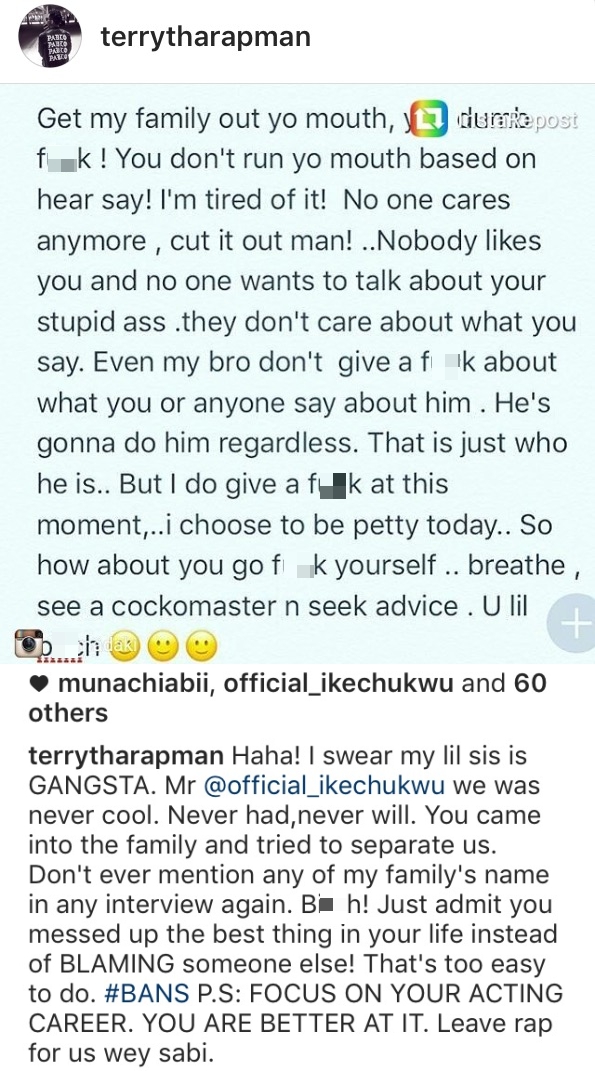 Interestingly, even though Ikechukwu has kept mum about the rants, he “liked” this particular post.

Wow!! Take a Look into the Luxurious Life at the $12,000 Underwater Suite Review By Jaaruma