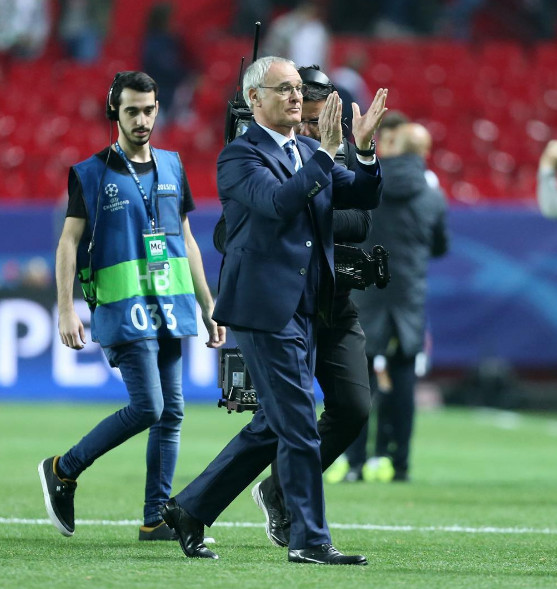 Ranieri was appointed as Leicester coach in July 2015 and went on to lead the Foxes to unarguably their greatest achievement in their entire 133-year history last season as he led his team to the English Premier League crown beating the usual bigwigs like Manchester United, Chelsea, Manchester City & Arsenal to the title. Nevertheless, results have been hard to come by on the domestic scene this season and the Board felt a change of leadership was necessary to engineer a reversal of fortunes this season.

“This has been the most difficult decision we have had to make in nearly seven years since King Power took ownership of Leicester City. But we are duty-bound to put the Club’s long-term interests above all sense of personal sentiment, no matter how strong that might be.
Claudio has brought outstanding qualities to his office. His skilful management, powers of motivation and measured approach have been reflective of the rich experience we always knew he would bring to Leicester City. His warmth, charm and charisma have helped transform perceptions of the Club and develop its profile on a global scale. We will forever be grateful to him for what he has helped us to achieve.
It was never our expectation that the extraordinary feats of last season should be replicated this season. Indeed, survival in the Premier League was our first and only target at the start of the campaign. But we are now faced with a fight to reach that objective and feel a change is necessary to maximise the opportunity presented by the final 13 games.”

Assistant Manager, Craig Shakespeare and First Team Coach, Mike Stowell will now take charge of preparations for games in the interim as Leicester face a crunch Premier League fixture against Liverpool on Saturday. 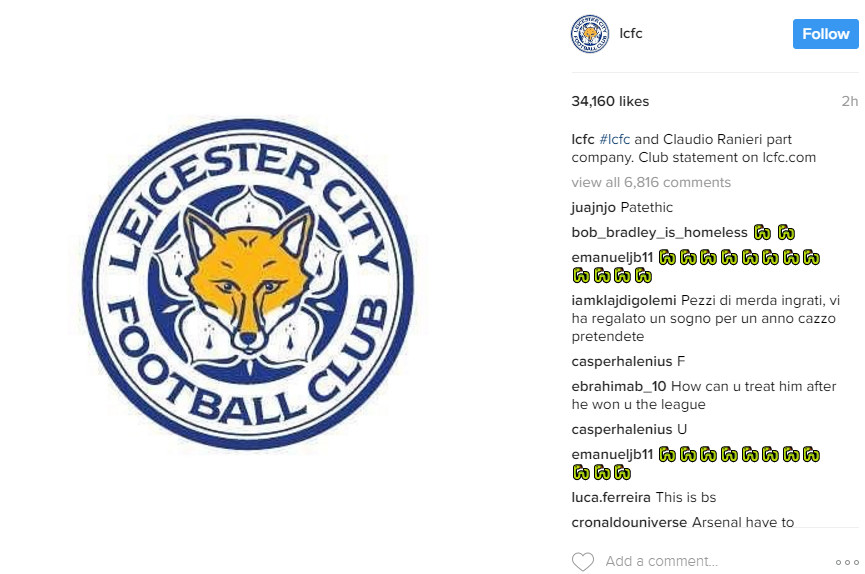 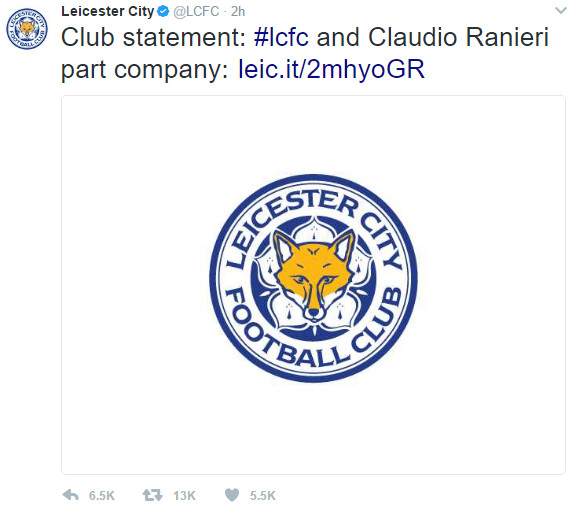 From “Skinny Girl In Transit” to “The Wedding Party” and our Hearts! Rising Actor Adeolu Adefarasin is one to Watch