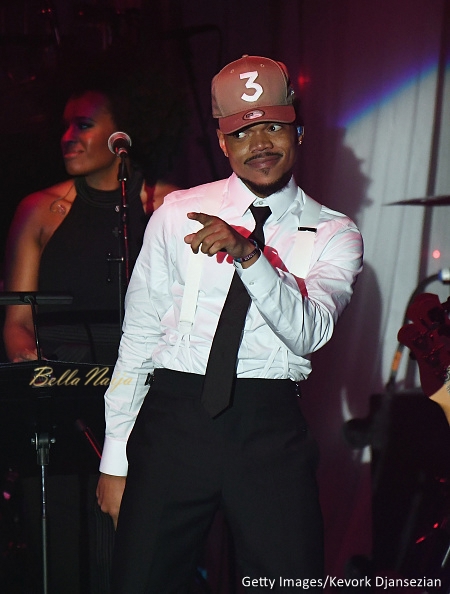 He made the announcement at a press conference at Westcott Elementary School on Monday.

CPS and board of education officials have been searching for ways to make up for a $215 million shortfall in state funding after Illinois Governor Bruce Rauner vetoed an education bill in December.

“Our kids should not be held hostage because of political position. While I’m frustrated and disappointed with the governor’s inaction, that will not stop me from continuing to do all I can to support Chicago’s most valuable resource: its children,” Chance said before handing over an oversize check to students.

The rapper who described himself “a public school kid,” thanked CPS and “everyone in Chicago” for being contributing factors to the person he has become.

On why he made the donation, Chance said: “Mainly, because this is what’s right.”

Chance described the donation as “a call to action,” for other individuals and corporations.

Chance also announced that for every $100,000 raised Social Works will donate $1o,000 to a specific high school or elementary school in Chicago.

Chance said the donation was made possible by his fans who bought tickets for his shows, adding that the coordination between global concert promoters Live Nation, AEG Live and Ticketmaster, as well as independent promoters and venues that contributed to making the money from the sales available.

WATCH the livestream of the press conference here: