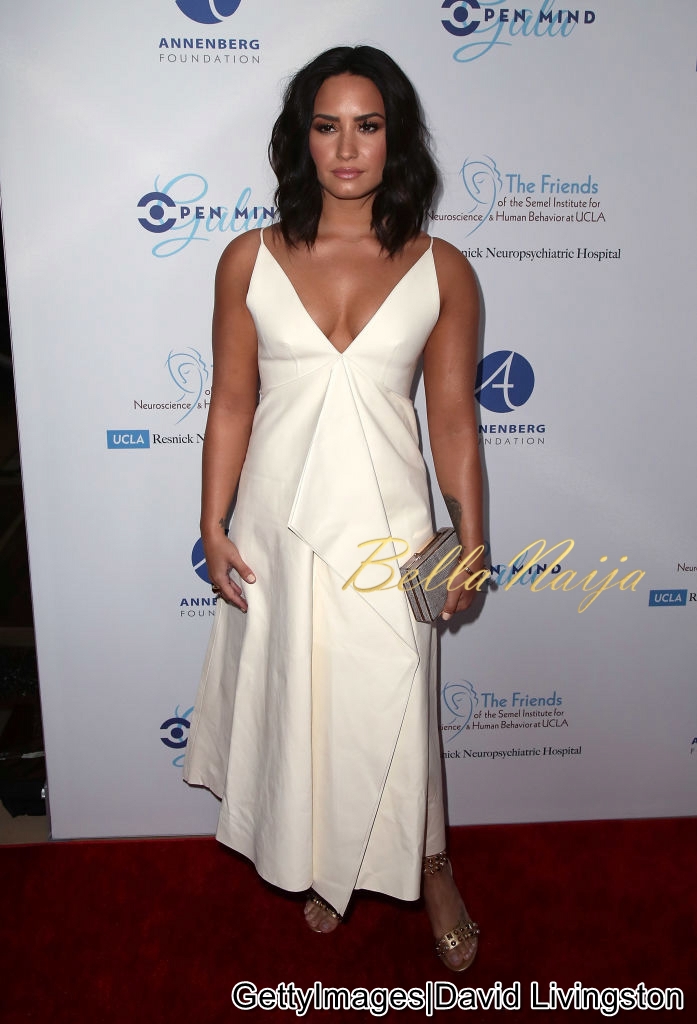 Demi Lovato was honored at Open Mind Gala with the Artistic Award of Courage at the UCLA Semel Institute’s Open Mind Gala for how open she’s been about her battle with bipolar disorder and how’s she has advocated for others with mental illness.

Looking radiant and better than ever in a Valentino Dress.

This honour is coming one week after she marked her 5-year anniversary of sobriety.

Before she was honored for being a mental health advocate, she told E! News how she enjoyed her special day.

I didn’t really do much to be honest. I went to Disneyland which was cool but it’s something that’s getting more and more comfortable to me now so it’s kinda like your birthday. When you’re a kid you go all out and then as you get older, you just learn to be more appreciative of it.

Demi mentioned that the reason she came out for the event at The Beverly Hilton Hotel was because for a longtime, her goal was to use her voice for good.

“The Singer with a Crusade for Good Governance”! 2Baba is on the Cover of OnoBello’s March Issue