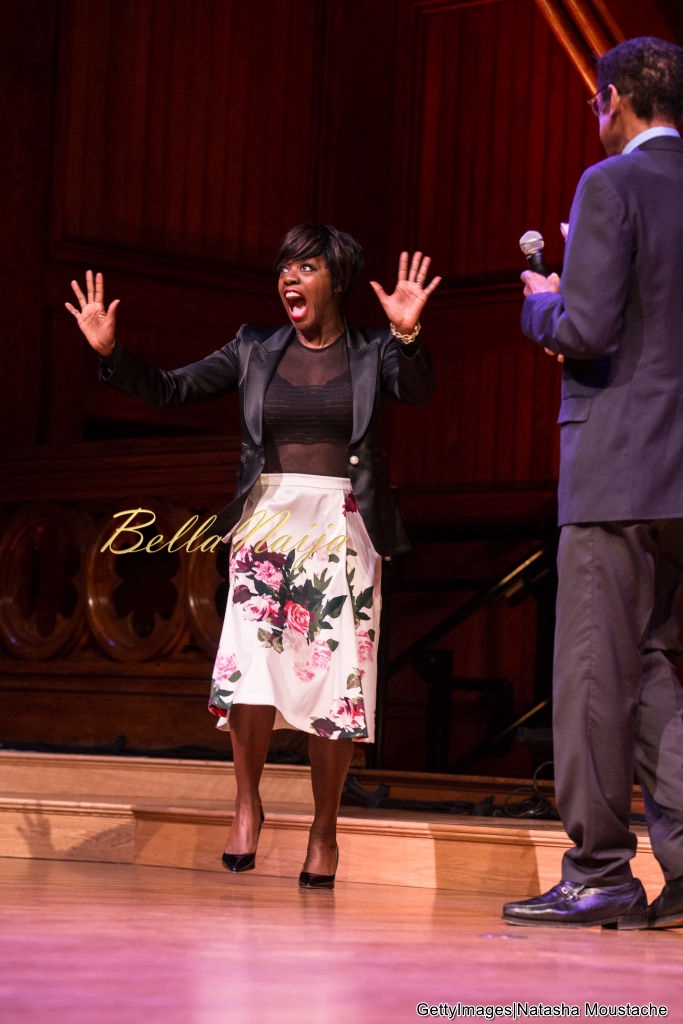 Only a week after winning the Oscar for Best Supporting Actress for her outstanding performance in Fences, Viola Davis is winning big again. The actress was named Harvard‘s Artist of the Year on Saturday in recognition of “her exceptional contributions to the performing arts.” If you are still counting, that’s on top of her Tony, Golden Globe and Academy award

During her acceptance speech, Davis spoke at length about the importance of art and of artists, offering what she hopes to achieve through her work.

Art, it’s a very sacred place, the stage and the screen because really, at the end of the day, even what I do as an artist, when I channel characters and people and their stories, and those moments in their lives that we sometimes hide, that we feel like is just our mess, our shame. I want people to be seen. I want them to feel less alone … Your job as an audience is to bear witness. To come open and willing to transform. she said after taking the stage at the university’s Sander Theatre.

Thank you @Harvard for the Artist of the Year Award and an awesome day! pic.twitter.com/3rxmgpAldY

The actress then went on to discuss how she herself once struggled with those feelings of being alone, and how the ability to flex her muscles as an artist has helped her to combat that.

Thankfully, her voice isn’t being stifled anymore and the world is a better place for it.