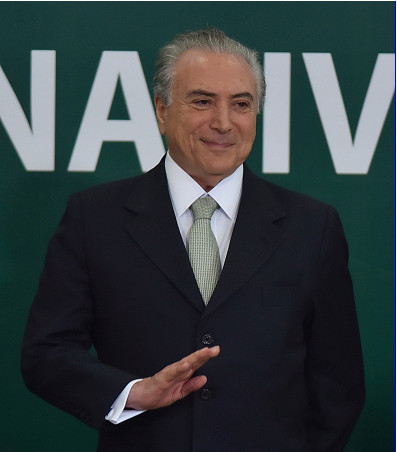 Brazilian President Michel Temer, 76, has moved out of his official residence, Alvorada Palace, in the capital Brasilia, saying he “felt something strange there,” AFP reports.

“I felt something strange there. I wasn’t able to sleep right from the first night. The energy wasn’t good. Marcela (his former beauty queen wife) felt the same thing. Only Michelzinho (their son), who went running from one end to the other, liked it. We even started to wonder: ‘could there be ghosts?'” Temer was quoted as saying by a local news outlet Veja.

Temer has his family moved from the palatial edifice to the vice president’s residence, Jaburu Palace.

Reports say his 33-year old wife brought in a priest to attempt to drive out any evil spirits, but to no avail.

Rousseff was suspended last May, and Temer has been running the country since then.