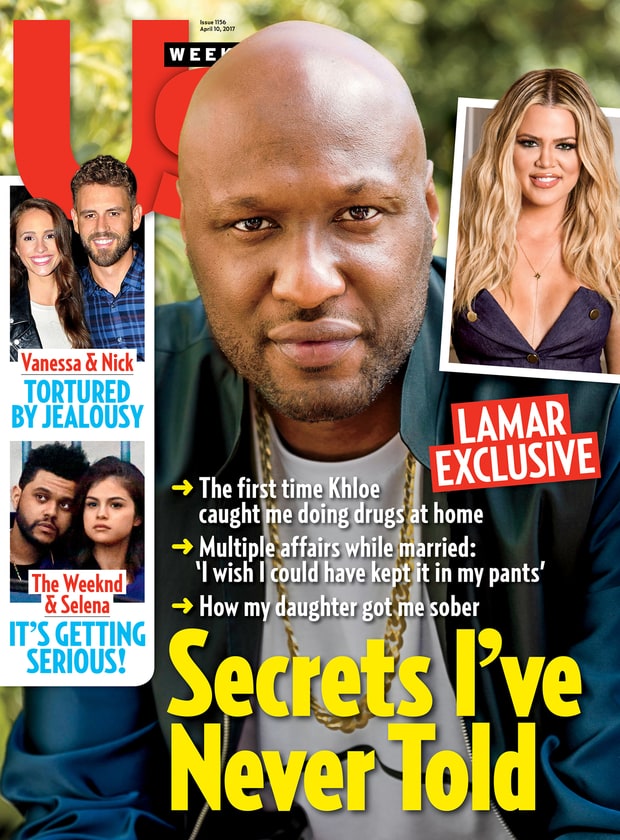 37-Year Old Former NBA star Lamar Odom had an interview with US Weekly recently and in it he’s breaking his silence on everything, including cocaine and heavy drug use, cheating on Khloe Kardashian, and waking up in the hospital in Las Vegas with tubes in his mouth.

On if Khloe knew about his drug use: “I was hiding it for a while, but then I got frustrated and was like, f–k it. Around two years before we split up [in 2011], I was in the man cave she had made for me and she caught me. She was disappointed. So was I. The sad thing about it is, I don’t know if I was disappointed because I was actually doing the drug or because she caught me. She knew I was doing cocaine the whole time after that. It was my drug of choice. I’m not going to say she accepted it because that would be the wrong word. Tolerated would be a better word.”

On putting their marriage on TV: “When I became Khloé Kardash­ian’s man and on TV, it made me look more enticing. People who didn’t even know basketball would approach me because they knew Lammy. Bitches and THOTs came out of the woodwork. If there is one thing I regret when I was married, it was having multiple affairs with different women. That wasn’t the stand-up thing to do. I wish I could have kept my d–k in my pants.”

On what happened after him and Khloe split: “That’s where me and my friend Jamie [Sangouthai], God bless the dead, turned the drug use up to another level. The “don’t give a f–k” place. I was in a very dark place and very confrontational. I wasn’t trying to repair my marriage; I was just trying to get high. My life was all about drugs at that point. It probably helped the end of my career come along a little faster because drugs killed my drive to want to train and be in shape. It killed that and my sex drive. The only time you can f–k is when you take coke.”

On what he remembers about the brothel: “I was home by myself. Bored. I wanted to get out and have a good time. Looking back, I might have had a drink to get the mood started, but was I drunk or on drugs? Not at all. I remember lying in bed. Two women were in bed and then I fell asleep. That’s all. When I woke up four days later, I was trying to pull the tubes out of my mouth.” 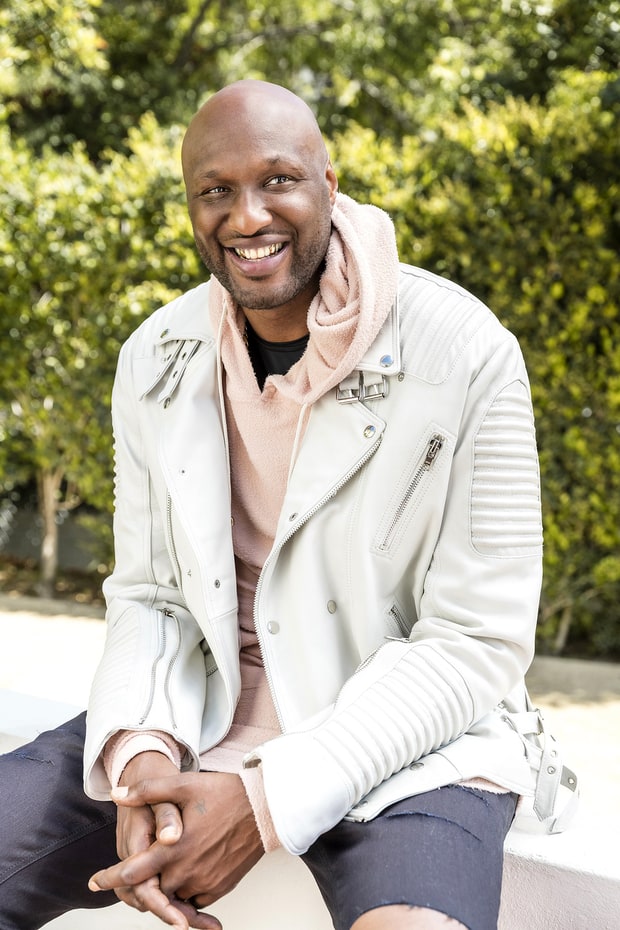 To read about his recovery, Khloe‘s help, and his current sober life, visit UsMagazine.com.

“You always have to be affiliated no matter what” – May D talks Going Solo, Relationship with P-Square and Davido in New Interview | BN TV