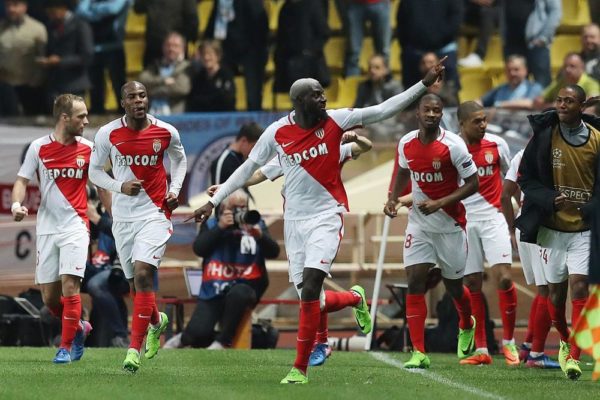 Manchester City is out of the UEFA Champions League after Monaco struck late to seal a thrilling away-goals victory, which ended 6-6 on aggregate making Leicester City the only English team left in the competition.

The English side were 13 minutes from a place in the quarter-finals after clawing themselves back into a second leg their host had dominated, but slack marking from a set-piece allowed Tiemoue Bakayoko to head home the decisive goal.

Having won the competition twice in his time at Barcelona, this is the first time in manager Pep Guardiola‘s career that he has gone out at this stage.

Monaco however are through to the quarter-finals for the second time in three seasons after a sensational comeback despite losing away to Manchester City in the first leg which ended 5-3.

The home team recovered the deficit inside 29 minutes at Stade Louis II in a last-16 tie that kept viewers guessing all through. Sergio Aguero wasted two fine chances at goal and after grimly hanging on for a spell, City looked to have clinched it through superb Leroy Sané, only for Bakayoko to go down the other end and make it 6-6 on aggregate with just 13 minutes to full time.

Guardiola had warned that Monaco would likely score at some point. Yet he would have hoped City could hold out longer than the eight minutes it took Kylian Mbappé to reduce the arrears. Things went from bad to worse when Fabinho finished off an intricate move down the left.

Monaco are now unbeaten in their nine home games in all competition. 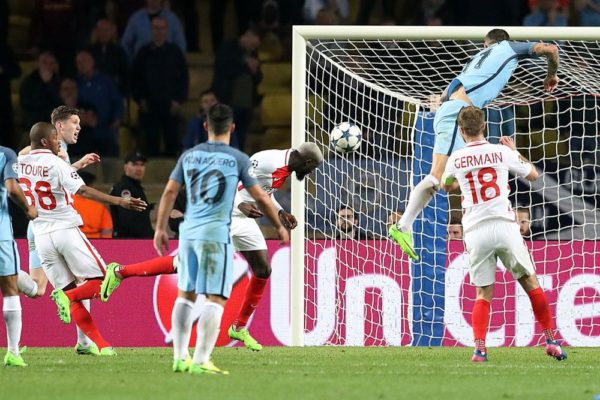 Key player: Tiemoué Bakayoko
Bakayoko will be suspended for the quarter-final first leg after a booking tonight, and he will be much missed on the evidence of this terrific display. He was a man mountain in midfield during the first half as Monaco seized control. Even better, he was in the right place to direct a superbly placed header past Willy Caballero for the decisive goal.

Monaco potential limitless
It is scary how good these Monaco youngsters might become given the exalted level they already operate at. Andrea Raggi, 32, was the only outfield starter over 26. Eight were under 24. No wonder goalkeeper Danijel Subašić, 32, says he feels like he’s at the creche some days.

Sané still learning
This evening highlighted the rich potential of Sané. His blossoming has been a feature of the second half of City’s campaign, and here his pace and trickery provided one of the visitors’ main threats. As in the first leg, he scored one and set up Agüero for a chance the Argentinian blazed over. Yet, as with all young players, he is still learning. There were a couple of wasted crossing opportunities and his was a half-hearted challenge on Mendy before Monaco’s first.

In the other match of the night, Atletico Madrid advanced to the next round of the competition after playing a goalless draw against Bayern Leverkusen.

Diego Simeone says he is focused and not stressing over Friday’s Champions League draw in Nyon as his attention is turned towards the tough La Liga match against third-placed team, Sevilla after advancing to the quarter-finals.

Atletico booked their spot in the last eight of the competition for a fourth consecutive season thanks to Wednesday’s goalless draw at home to Bayer Leverkusen, which secured a 4-2 aggregate victory.

Bayern Munich, Juventus, Barcelona, Real Madrid, Borussia Dortmund, Monaco, Leicester City and Atletico Madrid are all in the pool for the draw in Nyon.

We have our final eight! #UCL pic.twitter.com/vUeFrqb6aX

All the stats and facts from a truly incredible match. #UCL pic.twitter.com/HJ2JzfTV8j