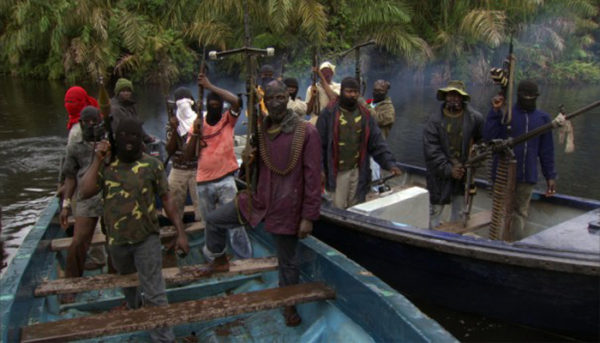 No fewer than five policemen and two soldiers, including an army captain were killed by suspected militants early Sunday morning in Ikorodu Area of Lagos.

Sources told NAN that the bodies of the victims had been removed.

The slain Captain was simply identified as Muhammad. There has been no official confirmation of the killings yet.

The existing presence of the Joint Task Force called Operation Awatse did not deter the militants from operating in the area they were driven away from about a year ago by members of the same task force.

NAN also gathered that the militants had struck at Woodland Estate close to Ishawo Creeks and engaged the security personnel, soldiers and the police, in a gun duel.

“At the end of the gun duel, five policemen and two soldiers were reportedly gunned down by the militants,” the source said.

It was unclear if there were any casualties on the part of the militants, although security forces were said to have reinforced and stormed the area for reconnaissance and possible counter-action.

When contacted, the Lagos State Police Command Public Relations Officer, ASP Olarinde Famous-Cole, said he was still gathering information on the matter adding that a statement will soon be issued.

Also, the spokesperson of the 81 Division, Nigerian Army, Lt. Col. Olaolu Daudu said that a statement will be released on the incident later.

The militants, whose stocks in trade are kidnapping and oil theft, were chased out of the area in August 2016 by the Task Force, after several bloody clashes in the community.

Scores of people were killed during the clashes between militants and residents of Isawo community before the joint military task force was deployed in the area.

Famous-Cole told NAN in March that the command was re-strategising the security arrangements in the state, including Ikorodu area.

He said more police patrol teams would be deployed in the area, and urged residents to provide useful information on the activities of the hoodlums.

The Flag Officer Commanding, Western Naval Command, Rear Adm. Fergusson Bobai, told NAN: “I don’t have any report yet to suggest that militants are back in those areas. But Lagos State Governor, Akinwunmi Ambode, has approved the return of swamp buggies to open up the creeks in those areas to enable the security forces carry out in-depth patrols.”

The swamp buggy is a motor vehicle used to traverse swampy terrain.

The Inspector-General of Police, Idris Ibrahim, on August 4, 2016 visited Isawo creeks and was briefed about the activities of the militants.

No Death from Cerebrospinal Meningitis in Lagos – Commissioner